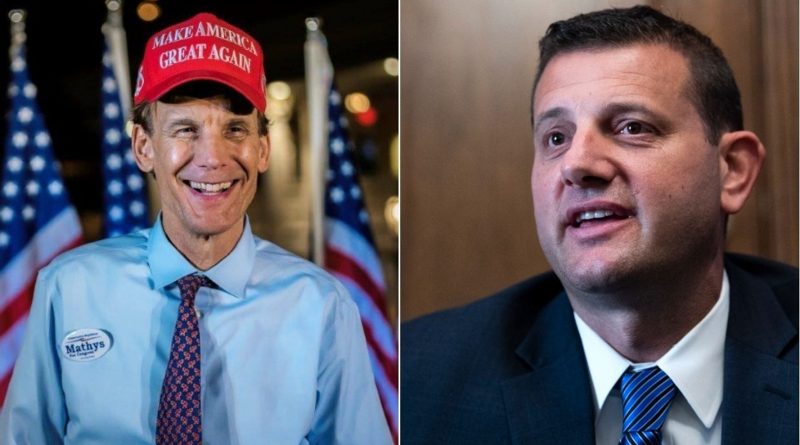 House Democrats’ most important super PAC is elevating an election-denying, “Trump conservative” on the television airwaves in a key House primary in central California.

Likening the two Republicans to cans of food with the same partisan “label,” House Majority PAC goes on to highlight differences in the candidates’ ideological “ingredients” in the hopes of turning right-leaning GOP primary voters against Valadao and toward Mathys.

National Democrats, who see winning the Central Valley seat as a critical opportunity, would rather have Democrat Rudy Salas, a state assemblyman backed by the Democratic Congressional Campaign Committee, run against Mathys than a less-polarizing incumbent like Valadao. House Majority PAC, which is tied to House Democratic leaders, had spent more than $275,000 to help elect Salas as of Wednesday.

In California’s nonpartisan “jungle” primary election ― due to conclude this Tuesday ― the top two vote-getters from any political party proceed to the general election. As a result, Salas, Valadao, Mathys and other candidates are all vying for one of two slots on the November ballot.

House Majority PAC’s intervention on Mathys’s behalf is the latest example of Democrats trying to elevate “ultra-MAGA” Republicans in the hopes of making the most of an unfavorable national environment.

It mirrors the approach that Pennsylvania Attorney General Josh Shapiro has taken in his Democratic run for governor. Facing a crowded field of potential GOP contenders, Shapiro chose to contrast himself with state Sen. Doug Mastriano, a right-wing election denier, emphasizing the Republican’s ties to Trump.

Mastriano, who believes the 2020 presidential election was stolen and who entered the U.S. Capitol during the riot on Jan. 6, 2021, ended up winning the GOP gubernatorial nomination by a landslide.

Some Democrats worry, however, that in what is shaping up to be a Republican wave year, assisting figures like Mastriano is a gamble. If elected governor of a key swing state, Mastriano could overturn, or otherwise meddle with, the 2024 presidential election results.

Asked whether House Majority PAC’s effort to boost Mathys likewise risked clearing a path for Mathys to go to Washington, C.J. Warnke, a spokesperson for the super PAC, maintained in a statement that it did not.

It’s not hard, however, to see why Democrats would prefer to face a more extreme Republican than Valadao.

Valadao has a record of distinguishing himself from the national Republican Party in the eyes of voters.

Democrats unseated him in 2018 only to have him retake his current seat, California’s 21st Congressional District, in 2020. Although President Joe Biden carried California’s 21st by more than 10 percentage points, Valadao still prevailed by a razor-thin margin.

Elevating Mathys is a “smart decision,” said Mike Mikus, a Pittsburgh-based Democratic strategist. “In this type of environment, you have to take risks.”

What’s more, California’s new 22nd District is slightly more Democratic than Valadao’s current seat. That makes a general-election victory for Mathys quite unlikely. And as a member of Congress, rather than a governor, Mathys would have less influence over the administration of elections, Mikus noted.

“If a crackpot wins a House seat in a district like this, in a Republican wave year, it’s not as damaging,” Mikus said. “It’s one of 435 people.” 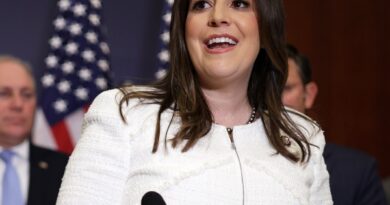