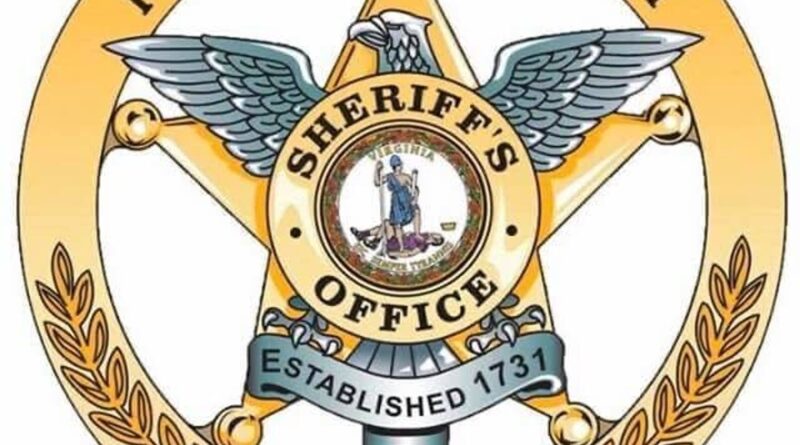 A Virginia sheriff’s deputy was fired Saturday after a freelance journalist linked his social media account to chilling threats against politicians and judges.

One of the comments — posted on the deputy’s “WeThePeopleWarrior” profile on rightwing social media platform Parler — called on followers to find the homes of politicians and “liberal” judges, and “remove them from their sanctuary.”

“Take back your state capitals,” the post urged. “Find the homes of every governor, mayor, attorney general, liberal judge, senator, congressman and every major media/social media CEO. Find them. Remove them from their sanctuary. Bring the nightmare to where they lay their heads and kiss their loved ones. Show them that they are NOT untouchable.”

The deputy was identified in a local press report and by The Washington Post as Aaron Hoffman. He was exposed by Charlottesville freelance journalist Molly Conger, who revealed the posts in a Twitter thread.

Hoffman told the Post that the account was his, but insisted he didn’t post the comments.“ I did not make those posts,” Hoffman said. “I’m trying to figure out who did.” He said the comments also “disturbed” him.

By Saturday afternoon all of Hoffman’s social media accounts had either been set to private or deleted.

Another post from Hoffman’s account included a threat to kill anyone who touched his children to vaccinate them against COVID-19 without his consent. “Not a threat, but a promise,” the post added.

The person behind the WeThePeopleWarrior account also posted that he would become “insanely violent” if anyone tried to make him wear a face mask. There was also a threatening comment about Barack Obama, and a suggestion that the life of Supreme Court Chief Justice John Roberts “needs to be shortened.” Roberts has become a particular target recently of the extreme rightwing because of his lack of action to overturn the presidential election.

Prince William Sheriff Glendell Hill (R) told the Post that he found the comments “very despicable. That’s why I took the action that I took,” he added, referring to Hoffman’s firing. “I certainly don’t approve of that, and, of course, it’s against our policy.”

The Sheriff’s Office issued a statement on Facebook Saturday noting that it had been “notified about disturbing comments being made on several social media outlets by a deputy sheriff,” who was not named.

Following an internal affairs investigation, the “deputy has been terminated from employment with our office,” the statement added. The office thanked the public for “bringing this to our attention.”

People commenting on the Facebook page hailed the quick action by authorities, but feared that Hoffman might seek employment now on another police force. Many were also concerned that he’s still apparently heavily armed. Conger reposted a Hoffman post on Parler showing off his weapons.

my advice would be that when you post pictures of your arsenal alongside threats to kill judges, keep your government-issue work vest that says SHERIFF on the front of it out of the picture, but what do i know. pic.twitter.com/vPYpILhJSL

An Arkansa police chief resigned last month after a Parler message calling for “death to all Marxist Democrats” was linked to him. Lang Holland, now the former police chief of Marshall, initially claimed his account had been hacked, but later admitted he had penned the posts. 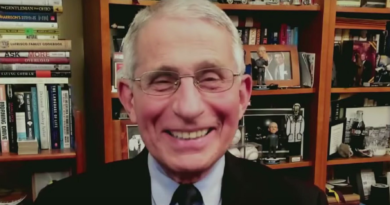 Fauci Has 1-Word Response To Question About ‘What Changed’ Around Jan. 20 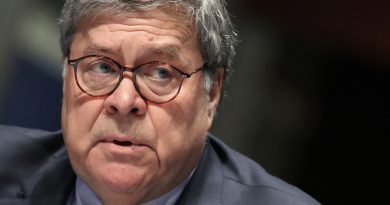 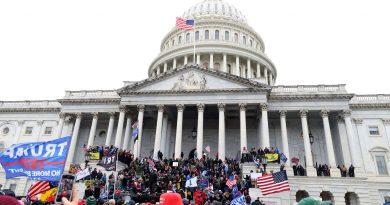 Capitol Riot A Distant Memory In The Senate: Seems ‘As If It Never Happened’