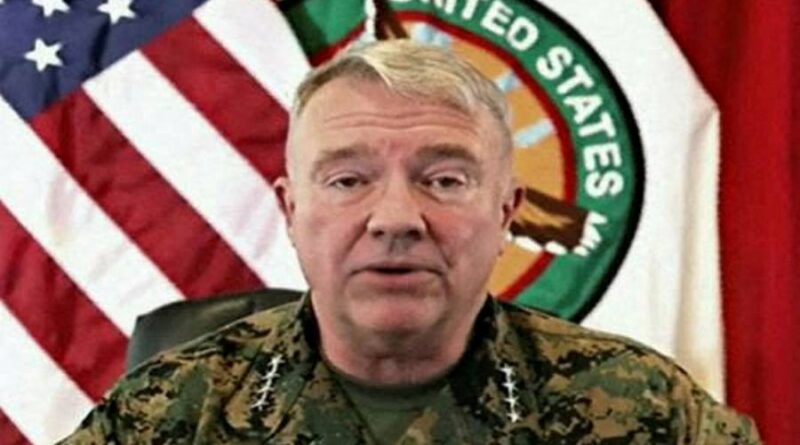 Sign up to myFT Daily Digest to be the first to know about Afghanistan news.

The US commander responsible for troops in Afghanistan announced the final American withdrawal from the country, as the military wrapped up its massive airlift from Kabul’s airport and brought the country’s involvement in the 20-year war to a formal end.

General Kenneth McKenzie, the head of US central command, announced the end of the evacuation operation at a Pentagon news conference on Monday afternoon, which coincided with Tuesday morning in Kabul — the deadline President Joe Biden had set for a full withdrawal.

“I’m here to announce the completion of our withdrawal from Afghanistan,” McKenzie said at the Pentagon briefing, adding that the last military plane had left Kabul airport with the US ambassador aboard. “Every single US service member is out of Afghanistan.”

“Tonight’s withdrawal signifies both the end of the military component of the evacuation, but also the end of the nearly 20 year mission that began in Afghanistan shortly after September 11, 2001,” McKenzie said.

The US had dramatically scaled back its evacuation mission in Afghanistan in the days leading up the end of the operation and switched its focus to withdrawing troops and equipment.

On Monday, the US said its military had evacuated approximately 1,200 people over the previous 24 hours, compared with 6,800 on Friday and almost 13,000 a-day at the peak of the operation last week.

“There’s a lot of heartbreak associated with this departure,” McKenzie said. “We did not get everybody out that we wanted to get out. While the military evacuation is complete, the diplomatic mission to ensure additional US citizens and eligible Afghans who want to leave continues.”

The Taliban cheered the US withdrawal, with Zabihullah Mujahid, a senior spokesperson for the Islamist group, tweeting: “Our country has achieved a full independence, thanks to God.”

The final push to conclude the evacuation took place against the backdrop of an increasingly dangerous security situation in Kabul, where the airport had been the target of a successful suicide bombing and unsuccessful rocket attacks.

Sheikh Mohammed bin Abdulrahman al-Thani, Doha’s foreign minister, told the Financial Times that the Gulf state, a point of contact between the west and the Taliban, was urging Afghanistan’s new rulers to accept outside assistance to operate Kabul airport.

“What is a clear [Taliban] objection is that they don’t want to see a foreign security presence in their airport or their territory,” Sheikh Mohammed said. “What we are trying to explain to them is that airport safety and security requires a lot more than securing the perimeters of the airport.”

Isis claimed responsibility for rockets fired at the airport on Monday, although no casualties were reported. US defence officials said five rockets were fired, one of which was intercepted by US rocket defence systems.

That attack follows a deadly suicide bombing on Thursday that killed 13 US service personnel, injured 14 more, and killed more than 100 civilians who were near the Abbey gate of the airport.

The US has launched at least two drone strikes in retaliation after Biden vowed to “hunt down” those responsible.

The Pentagon said on Monday it was “assessing and investigating” reports it had killed about 10 civilians with a drone strike on Sunday. “We are not in a position to dispute it,” said Kirby. 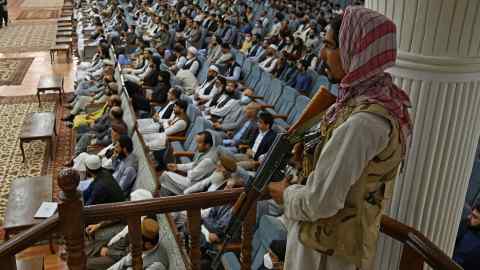 He added: “Make no mistake, no military on the face of the earth works harder to avoid civilian casualties than the US military, and nobody wants to see innocent life taken.”

The drone strike, which hit a crowded Kabul neighbourhood, has sparked controversy. The US said it “successfully hit the target” and had destroyed an explosives-laden vehicle that was to be used in a second airport attack, and that “significant secondary explosions from the targeted vehicle indicated the presence of a substantial amount of explosive material”.

But in Kabul, news reports said a former US army interpreter and several of his children were killed in the strike.

Video: Highlights of an FT subscriber webinar on Afghanistan 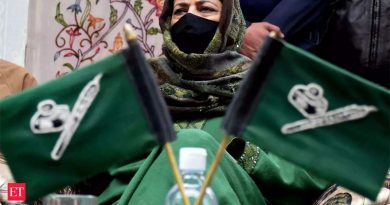 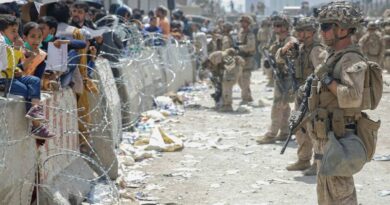 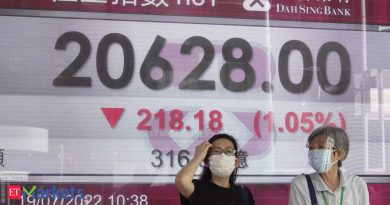