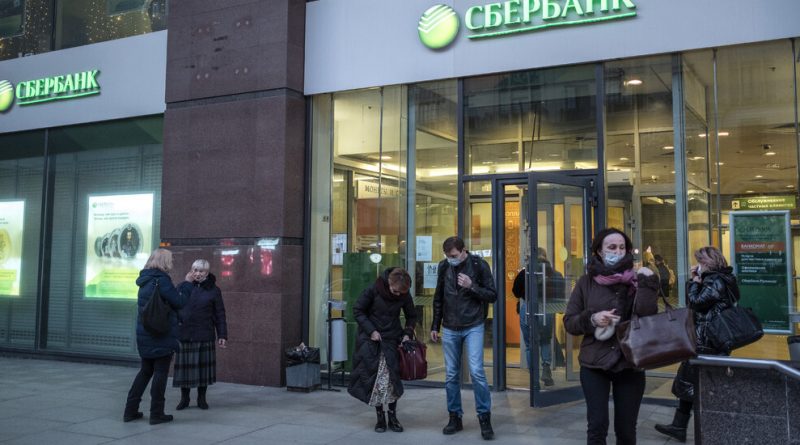 
WASHINGTON — The United States and its allies, seeking to punish Russia for the killings of Ukrainian civilians, moved on Wednesday to impose full sanctions against Russia’s largest financial institutions and to block access to U.S.-held financial assets for family members and close associates of President Vladimir V. Putin of Russia.

A senior administration official, detailing the suite of sanctions for reporters but not authorized to speak publicly, said that the United States, working with the Group of 7 and the European Union, had imposed “full blocking” sanctions against Sberbank, the largest financial institution in Russia, and Alfa Bank, one of the country’s largest privately owned banks.

Sberbank is the main artery in the Russian financial system and holds over a third of the country’s financial assets. In February, the Treasury had announced limited sanctions against Sberbank, but Wednesday’s sanctions, the official said, will effectively freeze relations between the bank and the United States financial system.

The administration also announced sanctions against two adult daughters of Mr. Putin: Katerina Tikhonova and Maria Putina, who has been living under an assumed name, Maria Vorontsova. Others connected to Russian officials close to Mr. Putin will also face sanctions, including the wife and daughter of Russia’s foreign minister, Sergey Lavrov, and members of Russia’s security council, including former Prime Minister Dmitri Medvedev. The official said that those people would be effectively cut off from the U.S. banking system and any assets held in the United States.

In a news conference on Wednesday, officials from the Justice Department and the F.B.I. also announced a series of actions and criminal charges against Russians, including the takedown of a Russian marketplace on the dark web and a botnet, or a network of hijacked devices infected with malware, that is controlled by the country’s military intelligence agency.

Justice Department officials also celebrated the seizing of the Tango, a superyacht owned by the Russian oligarch Viktor F. Vekselberg and charged a Russian banker, Konstantin Malofeev, with conspiring to violate U.S. sanctions. Mr. Malofeev is one of Russia’s most influential magnates and among the most prominent conservatives in the country’s Kremlin-allied elite. (The indictment renders his surname as Malofeyev.)

The Treasury Department will also block Russia from making debt payments with assets that are subject to U.S. jurisdiction, a move that will force Russia to find new sources of funding outside its frozen central bank funds. The end result, the official said, was that Russian citizens will return to Soviet-era living standards of the 1980s, and Mr. Putin will find himself increasingly a pariah.

So far, Mr. Putin has resisted increasingly harsh consequences, continuing his invasion of Ukraine even as Western nations move to freeze him out of the international economic order.

The Biden administration had been under pressure to announce new actions against Russia since reports surfaced of Russian soldiers’ indiscriminately killing Ukrainian civilians in the Kyiv suburb of Bucha. On Monday, President Biden had promised new sanctions and called Mr. Putin a “war criminal,” though he did not call the violent acts in Bucha genocide.

On Wednesday, Mr. Biden will sign an executive order that bans all new investment in the Russian Federation by U.S. citizens, wherever they are, the official said. 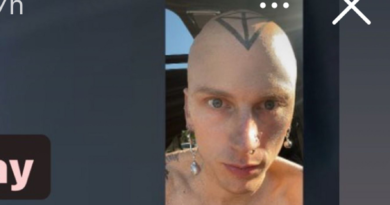 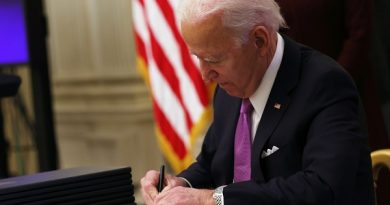