Outside the Arizona and Pennsylvania vote counting centres where the US presidential election will be determined, supporters of Donald Trump have turned their ire on an unlikely media target. “Fox News sucks!” chanted the crowds on Wednesday.

The burst of anger was triggered by America’s dominant conservative news network declaring on Tuesday night that Joe Biden had won the state of Arizona, giving the Democratic candidate his first “flip” victory of a state Mr Trump had won in 2016.

Fox’s call, which was followed by the Associated Press a few hours later, damped sentiment around Mr Trump’s prospects and infuriated some of the network’s core audience. But for its most powerful viewer — the president himself — it was something akin to a betrayal by a family member.

No other American president has so intertwined governing the nation with a media organisation, turning to it for staff and for ideas and using it to reach and energise his base. Fox News presenters including Sean Hannity and Tucker Carlson have been counsellors and advocates. Mr Trump has repeatedly called in to the channel. And he has routinely watched, and posted tweets in response to, its coverage of him — increasingly finding slights, of which the Arizona call was just the latest.

While Rupert Murdoch’s news channel has defined the Trump era like no other, the president often now complains to friends that the media mogul has turned against him.

“Why do you think Rupert attacks me so often?,” the president recently asked his friend Christopher Ruddy, the founder of the conservative media group Newsmax. “Rupert always tells me to my face that he loves me, but I guess he doesn’t,” Mr Trump said.

Jared Kushner, Mr Trump’s son-in-law, called Mr Murdoch about the Arizona decision on Tuesday night, according to people familiar with the matter. But Fox has not budged, bringing its team on air several times in the past few days to explain how it came to its conclusion, even as most of the main television networks have still not followed.

The anger generated by the decision comes at what could be a perilous moment for Fox, after a presidential term that has seen it hit new heights of influence and commercial success.

In 2016, the year Mr Trump won office, Fox News became the most-watched basic cable channel on all of US television, outshining even drama and entertainment shows in prime time. A staggering 13.7m people watched the 2020 election unfold on Tuesday night on Fox News, well ahead of CNN’s 9m and MSNBC’s 7m, according to Nielsen.

A must-have channel for cable operators, it has been able to reap higher affiliate fees — payments to carry the channel — than rival networks. Fox made more than $12bn in revenues in the fiscal year ending in June, as operating profits at its cable news division climbed 8 per cent to $2.7bn.

Yet it faces a glut of challenges. Cable television is in structural decline. A hyper-charged news cycle will, eventually, ease up and Mr Trump, the biggest crowd-puller in cable news history, could be out of office soon. If he does lose, Fox even faces the threat of an ex-president becoming a potential broadcasting rival.

In recent weeks rumours have resurfaced that Mr Trump will start his own media network if he leaves the White House. The speculation was enough to dent Fox shares on Wednesday, which fell more than 4 per cent, underperforming peers and the broader market.

Mr Ruddy said that while the president has for many years considered launching “Trump TV”, he often underestimated the costs and infrastructure it takes, as well as the opposition of “liberal” cable operators. “The president has been a fantastic media personality . . . but if he does [Trump TV] he’s gonna have a super hard time,” he said.

Asked whether Mr Trump could partner with Newsmax instead, Mr Ruddy said he has “never closed the door” on the option, while declining to say whether they were in discussions about it.

Lachlan Murdoch, the Fox Corp chief executive and Rupert Murdoch’s eldest son, is privately relaxed about the threat of a Trump TV channel, telling friends that the One America News Network, or OAN, and Newsmax are examples of how difficult it is to successfully grow a conservative network. Newsmax attracted almost 600,000 viewers at points during election night, but it remains a fraction of the Fox News audience.

Michael Nathanson, a media analyst, acknowledged that Fox Corp’s investors are worried about the prospect of Trump TV. But these investors were “overestimating the impact of a potential new entrant”, he said, because Fox News makes most of its revenues from affiliate fees, protecting it from hits to advertising if ratings were to decline.

These affiliate fees are on long-term contracts, locking in these rates for the next few years unless the network experiences a dramatic drop in viewership, which analysts view as unlikely.

In the long term, Fox News faces the looming threat of streaming, the preferred method of watching video by younger generations. More than half of Fox News’s viewers are aged over 65. Fox last year launched the direct-to-consumer Fox Nation, aiming to cater to what it termed “super fans” of the news service. It has yet to disclose subscriber numbers. 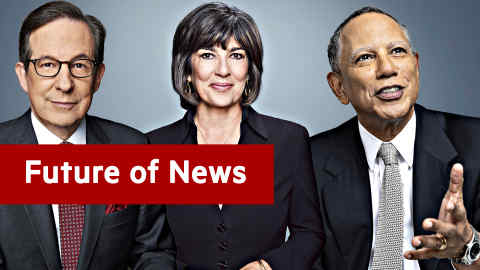 Its most immediate challenge, however, is reporting on a historic election while Mr Trump attempts to turn its audience against the cable channel.

Fearing Fox might be the first network to declare Mr Biden president, a furious Trump campaign on Thursday turned its fire on Arnon Mishkin, the unassuming psephologist who runs the Fox News “decision desk”, accusing him of being a “Democrat operative” who “put his finger on the scale”.

Mr Mishkin, who is registered with the Democratic party and voted for Hillary Clinton in 2016, works for Fox as a consultant and has helped call elections since 1998.

He told Fox News viewers on Tuesday night that “we are four standard deviations from being wrong” on the Arizona call. Pressed by Fox anchors about Mr Trump’s complaints, Mr Mishkin bluntly replied: “I’m sorry. We’re not wrong.”

How is the US presidential election affecting you? You tell us

Just five weeks ago, Los Angeles County was conducting more than 350,000 weekly coronavirus tests, including at a massive drive-thru

Private companies like SpaceX are driving industry costs down: CEO