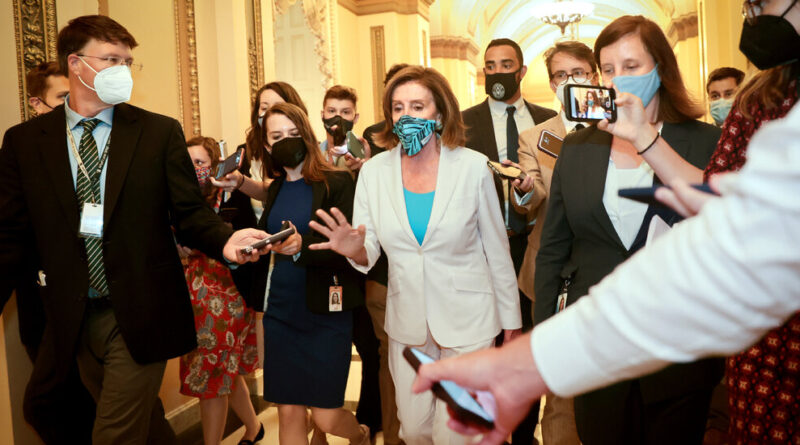 
Early in Bill Clinton’s presidency, House Democrats voted to pass an energy tax, known as the B.T.U. tax, only to watch the Senate prevent the bill from becoming law. In the next midterm elections, more than 25 of the House Democrats who had voted for the bill lost re-election.

Early in Barack Obama’s presidency, history repeated itself. House Democrats voted for a cap-and-trade plan to address climate change, and the Senate blocked the bill. In the next midterms, many House Democrats struggled to defend their votes.

That history helps explain the approach that congressional Democrats are taking on the biggest piece of President Biden’s agenda — a $3.5 trillion plan to slow climate change, expand health care and education, cut poverty and increase taxes on the wealthy.

Many House Democrats are worried about “getting B.T.U.’d” again, as some have put it. They do not want to take a tough vote that ends up having no policy impact. “Some of us were here in 2010, when we took certain votes,” Henry Cuellar, a Texas Democrat, has said, “and the Senate didn’t take certain votes.”

In response, House Democrats are insisting that the two chambers negotiate up front over what bill they can each pass. Only after they have reached a deal will the House vote on it, Speaker Nancy Pelosi has suggested.

Those negotiations have begun, and they will proceed quickly over the next few weeks. By the end of September, the fate of the bill — and, by extension, Biden’s bid for a consequential presidency — will probably be clear.

“This is the Biden agenda,” Carl Hulse, The Times’s chief Washington correspondent, says. “There is a lot that has to happen, but I think most of the Democrats realize they don’t have a choice. If they don’t do this, they probably don’t do anything.”

This morning, I’ll walk you three pressing questions about the effort:

The rapid timetable stems in part from a longstanding rule of Capitol Hill politics: Protracted negotiations damage a bill’s popularity. Opponents step up their lobbying. Internal party factions fight with each other. And voters are turned off by the messiness, even when the underlying policies are popular, as is the case here. Liam Donovan, a Republican strategist, has tweeted: “Speed is Dems’ best friend. The longer this lags, the harder/smaller it gets.”

With this bill, there is also another reason for speed. To keep both progressive and moderate Democrats happy, party leaders must pass both a version of the $3.5 trillion plan (a progressive priority) as well as a smaller physical infrastructure bill (a bipartisan priority). If the two do not pass around the same time this fall, support for both could crumble.

Pelosi has promised a vote on the infrastructure bill by Sept. 27.

Last week, Senator Joe Manchin, the West Virginia Democrat, published an op-ed in The Wall Street Journal calling for “a strategic pause” on the $3.5 trillion bill. Taken at face value, his position could doom the bill, since his vote is needed.

But Manchin frequently makes high-profile statements to distance himself from party leaders — and protect his image in deep-red West Virginia — while ultimately agreeing with Democrats on most issues, especially on economic policy. “Joe, at the end, has always been there,” Biden told CNN yesterday. “I think we can work something out, and I look forward to speaking with him.”

Even if Manchin comes around again this time, his criticisms may create problems for the Democrats by weakening others’ support for the bill. “Manchin himself is generating the public backlash he is warning against,” Jonathan Chait of New York Magazine has written. Another moderate Senate Democrat to watch is Kyrsten Sinema of Arizona, who, like Manchin, has indicated she favors a smaller price tag than $3.5 trillion.

3. What are the sticking points?

Some involve provisions to help pay for the plan:

How much will the federal government reduce prescription-drug prices — thus reducing Medicare and Medicaid payments to pharmaceutical companies? How much will corporate taxes and investment taxes rise? Will Congress increase the I.R.S. budget and require financial institutions to report more information about wealthy clients, to reduce tax avoidance?

Other sticking points involve how the plan spends money. And one theme is the balance between helping the middle class and the poor.

This fight doesn’t always break along predictable ideological lines. Bernie Sanders is pushing for the Medicare expansion, because he sees it as key to a better health policy, while some other progressives prefer focusing on people who now have no health insurance and would benefit from a Medicaid expansion.

Yet many disagreements do separate the center and the left. Moderate Democrats often prefer a lower overall price tag, which can mean less money for anti-poverty efforts. Some moderates also note that middle-class Americans vote at higher rates than the poor, which reduces the political benefits of anti-poverty measures.

Progressives argue that Democratic control of both Congress and the White House may be fleeting and that the party should use it to help as many families as possible. “The biggest risk is that the overall package shrinks down because policymakers aren’t willing to raise revenues, close the tax gap, and get savings out of drug companies, all of which are enormously popular with the American people,” Sharon Parrott, the president of the Center on Budget and Policy Priorities, told me.

Aiming high: How to fix airports.

A Times classic: The case against the Aperol spritz.

Lives Lived: In magazines and on television, the food stylist Delores Custer made stars out of hamburgers, cocktails, cereals and crackers. She died at 79.

A guide to the Theranos trial

Opening statements are set to begin today in the trial of Elizabeth Holmes, the founder of the disgraced biotech company Theranos. Once the darling of Silicon Valley, Holmes faces fraud charges and up to 20 years in prison. Here’s what you need to know before the trial.

Holmes dropped out of Stanford at 19 to launch Theranos. By the time she was 31, Forbes had listed her as the youngest self-made female billionaire and her face was plastered on magazine covers (including our own). But Theranos’s blood-testing technology didn’t work as advertised, and it all came crashing down after a series of Wall Street Journal reports in 2015 and 2016 detailed the company’s deceptions.

Her story is an extreme version of the “fake it till you make it” culture in Silicon Valley, The Times’s Erin Griffith has written, where companies often over-promise to generate interest from investors.

For more: John Carreyrou, the former Journal reporter who broke the story, is hosting a podcast about the trial, while ABC’s “The Dropout,” another popular podcast, explores how Theranos fell apart. If you prefer a visual medium, HBO has a documentary on the scandal. — Matthew Cullen, a Morning contributor

The pangram from yesterday’s Spelling Bee was fruition. Here is today’s puzzle — or you can play online.

If you’re in the mood to play more, find all our games here.

Thanks for spending part of your morning with The Times. See you tomorrow. — David 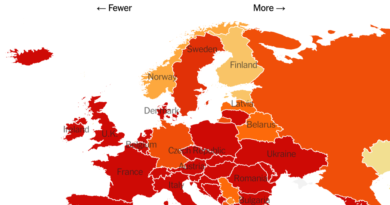 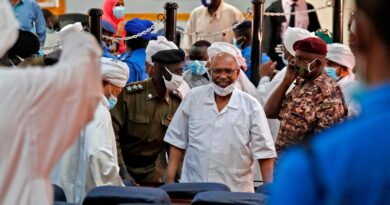 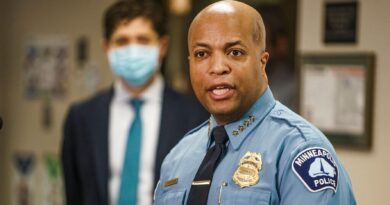