Texas state lawmakers have approved a bill that withholds funding from sports teams that choose not to play the national anthem before games.

The bill, which passed the state House by voice vote on Monday, is expected to be signed by Gov. Greg Abbott, R-Texas, as early as Tuesday, according to The Texas Tribune.

Senate Bill 4 said professional sports teams would forfeit the opportunity to further receive state money and could be required to “repay any money paid to the team by this state or any governmental entity.”

“Once again, we’re carrying legislation that is openly and aggressively unconstitutional,” said state Rep. Gene Wu, D-District 13, who attempted to change the bill into a resolution that would have allowed the House favor playing of the anthem but not make law to enforce that stance.

“It’s very simple. If they do not want to play the national anthem, they don’t take the tax dollars,” Burrows said, according to the Tribune. “If we’re going to go ahead and subsidize with hard-earned American dollars the sporting facilities and the teams in the different ways that I think is articulated in this bill, then this would apply.”

“Sell the franchise & some Texas Patriots will buy it. We ARE the land of free & the home of the brave,” Patrick said at the time.

Cuban reversed his decision after saying, team executives “also loudly hear the voices of those who feel that the anthem does not represent them.”

The GOP-led state Senate voted 28-2 — with 11 Democrats voting in favor — to advance bill on April 8. Patrick, who presides over the chamber, said he was surprised to receive Democrat support.

“Texans are tired of sports teams that pander, insulting our national anthem and the men and women who died fighting for our flag,” Patrick wrote in a statement at the time. “The passage of SB 4 will ensure Texans can count on hearing the ‘Star-Spangled Banner’ at major sports events throughout the state that are played in venues that taxpayers support. We must always remember that America is the land of the free and the home of the brave.”

Attempts by Texas Democrats to require teams to play both the “Star-Spangled Banner” and “Lift Every Voice and Sing,” or to choose between them, were shut down along partisan lines.

“Lift Every Voice and Sing” commonly is known as “the Black national anthem,” said Rep. Jasmine Felicia Crockett, D-District 100, who authored one of the amendments.

“I don’t even understand why we would feel the need to force someone into singing any song,” Crockett said. “But if we are going to force people to sing a song, we should at least be mindful of the people playing on these teams, the people that are actually in the stands supporting these teams.”

Burrows said he opposed the amendments because he wanted to avoid bill changes that would have slowed getting it to the governor’s desk during the final week of the legislative session. 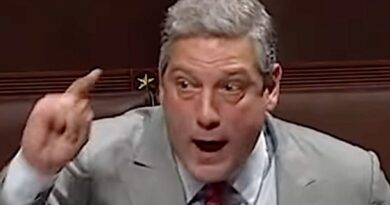 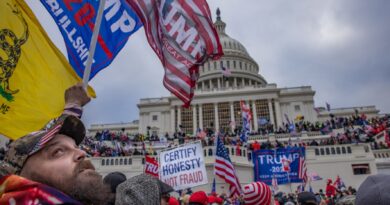 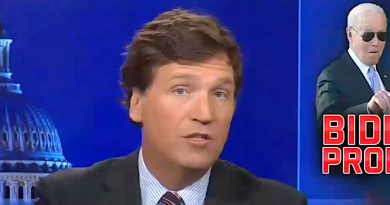