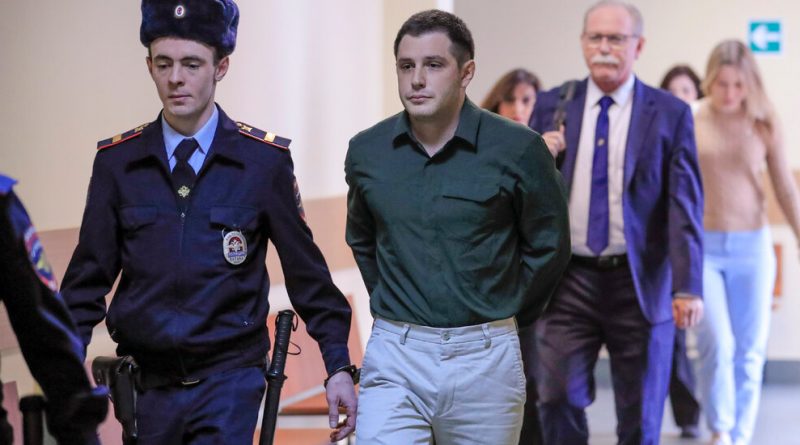 
Trevor R. Reed, a former Marine who was convicted in Russia on charges that his family said were bogus, has been freed after what officials in Moscow on Wednesday described as a prisoner swap, an unexpected diplomatic breakthrough with tensions running high over the Ukraine war.

Mr. Reed, who was initially detained in August 2019, was released in exchange for Konstantin Yaroshenko, a Russian pilot sentenced to a lengthy term in the United States on cocaine-trafficking charges.

“Trevor, a former U.S. Marine, is free from Russian detention,” President Biden said in a statement. “I heard in the voices of Trevor’s parents how much they’ve worried about his health and missed his presence. And I was delighted to be able to share with them the good news about Trevor’s freedom.”

Mr. Reed’s family had increasingly expressed concern about his health while he was in detention, and footage aired on Wednesday by Russian state-run television showed what appeared to be a visibly gaunt Mr. Reed being escorted to a Russian plane at the Vnukovo airport in Moscow. Mr. Reed’s father, Joey, told CNN that his son had been flown to Turkey, where the exchange took place.

Other Americans remain in detention in Russia, including Paul Whelan, who was sentenced in 2020 to 16 years in prison on espionage charges during a trial that was closed to the public; and Brittney Griner, a basketball star who was arrested in mid-February on drug charges that could carry a sentence of up to 10 years.

The agreement involving Mr. Reed was the result of “lengthy negotiations,” according to Maria Zakharova, a spokeswoman for the Russian Foreign Ministry. In his statement, Mr. Biden did not refer explicitly to a prisoner swap, saying, “The negotiations that allowed us to bring Trevor home required difficult decisions that I do not take lightly.”

A native of Texas, Mr. Reed traveled to Russia in May 2019 to visit his Russian girlfriend, whom he had met on a dating website, and to take language lessons. One week before his planned return to the United States, Mr. Reed went to a party at a park outside Moscow, where he drank extensive amounts of vodka.

Mr. Reed then got agitated, prompting his girlfriend and friends to call the police. Officers who arrived at the scene decided to take him to a police station, where Mr. Reed was interviewed by Russian security agents. Shortly after, he was accused of assaulting and endangering the lives of the two police officers who had driven him there.

After spending more than 11 months in a Russian jail, Mr. Reed was sentenced to nine years in prison, the first time that such a severe punishment had been applied for that type of crime, his lawyers said. During one hearing, Mr. Reed said that the case against him was political and linked his troubles in Russia to his military affiliation.

While in a penal colony in the Russian republic of Mordovia, Mr. Reed was subjected to degrading treatment, including time in a solitary cell, his family has said in statements. His health rapidly deteriorated, his family said, and he was not allowed to call home or to receive books or letters, prompting him to begin a hunger strike in November.

Explosions in the border regions. Transnistria, a breakaway region of Moldova on Ukraine’s western flank, was struck by explosions that Ukraine said were carried out by Russia as a pretext to invade Ukraine from that side. Local officials in three Russian districts bordering Ukraine later reported overnight blasts, raising the specter of broader conflict spilling beyond Ukraine’s borders.

Mr. Reed’s family said in a statement on Wednesday that they would now concentrate on “the myriad of health issues brought on by the squalid conditions he was subjected to in his Russian gulag.”

Mr. Yaroshenko, 53, is a Russian pilot who worked occasional jobs in Africa. In 2010, he was detained and charged in connection with a foiled plot to fly cocaine to Liberia and Ghana from South America. The American authorities said that he had done so with the knowledge that some of the drugs would wind up in the United States.

Mr. Yaroshenko, who had never before set foot in the United States, was deported to the country to stand trial in 2011 and was sentenced to 20 years in prison.

Russia has also been seeking the release of Viktor Bout, who was convicted by an American court of arms dealing and sentenced in 2012 to 25 years in prison. Trucks Roll into Ottawa for Protest Against Canada’s Vaccine Mandates 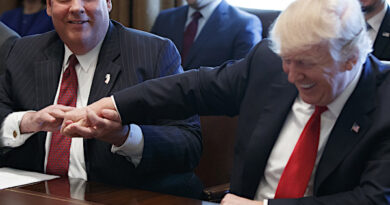 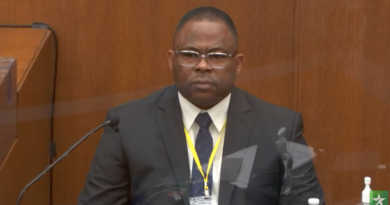