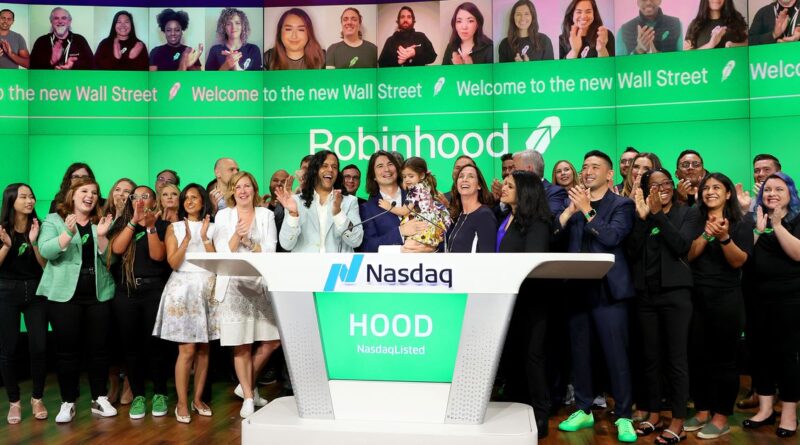 
Robinhood helped usher in the latest day-trading wave. Now, the company is about to find out just how far it can ride it.

The free trading app started trading publicly on Thursday as part of its initial public offering that priced its shares at $38. It’s been a long and winding road for Robinhood to get here. The app, which was founded in 2013 and launched in 2015, has been key to the rise of commission-free stock trading. It’s also been the subject of significant scrutiny, including concerns that it makes trading feel too much like a game, nudges people toward too much risk, and uses a business model — payment for order flow — that hides the actual cost of trading. Robinhood raised eyebrows when it temporarily limited buying on some meme stocks — meaning stocks that become super popular online seemingly overnight — earlier this year and found itself front and center in the GameStop saga.

While it’s not clear whether Robinhood will turn into a meme trade alongside the likes of GameStop, AMC, or even dogecoin, part of its pitch is directed at the meme trade crowd. Ahead of its IPO, Robinhood’s leaders engaged in a virtual roadshow to pitch the stock’s value proposition to potential investors, and it was sure to let its users know it was going public via emails and alerts on the app. The company has also said it will reserve 20 to 35 percent of its IPO shares for Robinhood users, who have opened some 22 million accounts through the platform.

“It’s certainly going to be one of the largest retail allocations ever,” Vlad Tenev, Robinhood’s CEO, said in an interview with CNBC on Thursday. “When you hear the mission of Robinhood, to democratize finance for all, it’s really about giving access to everyone that was once reserved for the 1 percent or the very wealthy.”

To be sure, Robinhood’s leaders aren’t going to be beholden to its legions of retail investors; the way its shareholder structure is set up is going to help the founders maintain more control over the company’s ultimate decisions. (Facebook has a similar structure that helps ensure Mark Zuckerberg keeps running the show.) Tenev said on CNBC that this is to ensure Robinhood’s leaders can stay focused on the long term and avoid short-term distractions. Coming out of the IPO, Tenev, a first-generation immigrant from Bulgaria, stands to be worth some $2.5 billion on paper. His co-founder Baiju Bhatt is in line to make a pretty penny as well.

It appears Robinhood is up for democratizing finance, or at least its own finances, but only to a point — its founders still want to be at the wheel. It might be on to something in that it can be hard to wrangle individual investors. As CNBC’s Andrew Ross Sorkin pointed out in the interview, some companies with a lot of individual shareholders, such as Lucid Motors, have had trouble getting them to vote on decisions.

The IPO prices Robinhood at $32 billion, which as the Wall Street Journal notes is well above the $12 billion it was valued at during a funding round last year. Robinhood plans to sell some 55 million shares as part of its public offering, which would translate to it raising $2 billion. It will trade on the Nasdaq under the ticker HOOD.

Robinhood claims to live by a “safety first” mantra that puts its clients’ financial well-being at the forefront. Given Robinhood’s past, this promise can feel a little questionable.

Robinhood is a safety-first company.

In December, Robinhood agreed to pay $65 million to settle charges from the Securities and Exchange Commission (SEC) that it misled customers about how it made money and the costs of trading with the company. Much of the scrutiny around Robinhood has centered on its business model that uses a practice called payment for order flow, where big market-makers such as Citadel Securities and Virtu pay brokers like Robinhood to process trades and, in turn, presumably make money off the spread, which is the price difference between the buy and the sell. It’s how a lot of apps offer “free” trading, though the trading isn’t really free. Gary Gensler, the chair of the SEC, has said he plans to look into the model.

“That’s what enabled Robinhood to do what they do,” Tom Gorman, a securities expert and partner at the law firm Dorsey & Whitney, told Vox earlier this year. “It’s having the beneficial effect of encouraging these small investors to get in. Now, they’re not getting, maybe, the world’s best execution. They’re getting okay execution.”

In June, the Financial Industry Regulatory Authority, or FINRA, ordered Robinhood to pay $70 million over “systemic supervisory failures and significant harm suffered by millions of customers.” Among other items, FINRA found that Robinhood communicated false and misleading information to customers, including the types of trades they could make and how much money was in their accounts, and relied on algorithms to approve options trading, which is generally riskier than regular investing. In June 2020, a young man in Illinois died by suicide after believing he’d lost hundreds of thousands of dollars on Robinhood. And the company is still under regulatory probes and facing lawsuits.

Despite the controversies and missteps, there’s no denying Robinhood has seen some enormous growth: As of the end of June, users had about $100 billion invested through Robinhood’s platform, and its revenue increased by more than 300 percent in the first quarter of this year. Robinhood is also serving a different type of investor than more traditional brokerages. As the New York Times notes, its accounts have an average $4,500 balance, compared to $200,000 at Charles Schwab, and it’s dealing with much younger customers, who could be highly profitable for the company if they stick around.

Meme plus or minus

Investing through Robinhood can be risky for people who treat day trading on the platform like gambling more than investing (and whatever Robinhood says, it’s better for the company if you trade more than if you trade long). What remains to be seen going forward is how risky investing in Robinhood itself will be.

In its S-1 filing for its IPO, Robinhood laid out a number of risk factors. A clampdown on payment for order flow, or even a slowdown in trading activity, could affect its business prospects. And any changes in laws and regulations — or the company’s failure to comply with laws and regulations — could be harmful as well. (There’s an interesting Twitter thread on Robinhood’s S-1 here.) In Massachusetts, Secretary of State is William Galvin is suing Robinhood to basically have the app barred in the state. “They deliberately go out to entice their customers and rely upon their lack of experience to entice them into buying things that they might not understand,” Galvin told NPR. He said that if he’s successful, other states could follow — which, obviously, would not be great for Robinhood.

For now, Robinhood appears to be hoping that its mission to democratize finance will pay off for the company in more ways than one. It’s pushed into cryptocurrencies, trying to capitalize on some of this year’s crypto craze, and has been a gateway for individual investors to get in on meme stocks and trends.

“Of course there’s going to be idiosyncratic moments when something becomes more culturally relevant like a particular cryptocurrency or a particular stock,” Tenev, Robinhood’s CEO, told CNBC.

Robinhood has profited off of meme trades. What remains to be seen is whether it will be one of them. 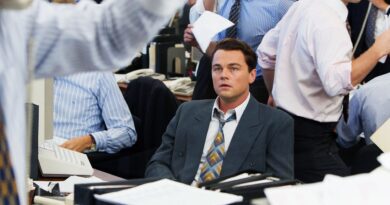 Robinhood Restricts GameStop Trading—in a Bid to Save Itself

Young People on TikTok Are Self-Diagnosing