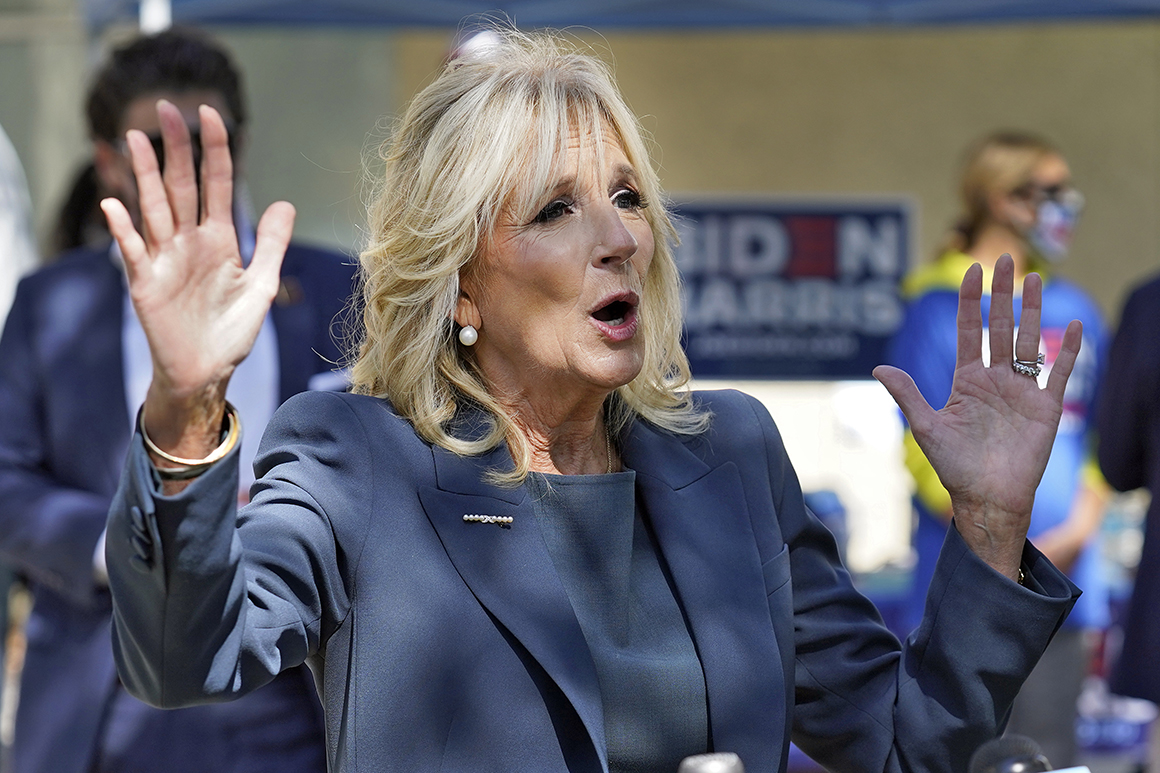 During her husband’s vice presidency, Jill Biden continued to teach English at Northern Virginia Community College and plans to keep teaching after moving into the White House. She was affectionately known to her students as “Dr. B.”

But the op-ed, written by author Joseph Epstein, called on the seasoned educator to drop the “doctor” title, arguing postgraduate degrees no longer carry the weight they once did. Epstein called Biden, who is 69, “kiddo,” and dismissed the title of her dissertation, “Student Retention at the Community College Level: Meeting Students’ Needs,” as “unpromising.”

“We could go on picking things apart at the sentence level, but it becomes preposterously too easy; there’s no sport in hunting an animal that has already shot itself in the foot,” wrote Washington Post columnist Monica Hesse in a retort. “I do doubt that Epstein would have written this column about, say, Dr. Henry Kissinger. I do believe Epstein wouldn’t have called him ‘kiddo.’”

Speaking with Colbert, Biden said she was grateful for the outpouring of support and “overwhelmed by how gracious people were.”

Still, similar attacks on Biden’s credentials have since sprung up in conservative media. The National Journal published a similar attack Wednesday, calling Biden’s dissertation “garbage,” and Tucker Carlson threw a litany of insults at Biden and her work on his Fox News show.

Paul Gigot, the Journal’s editorial page editor, defended Epstein’s op-ed and the journal’s right to publish it, writing: “These pages aren’t going to stop publishing provocative essays merely because they offend the new administration or the political censors in the media and academe.”

Stock futures are flat following the S&P 500’s worst day since May, Fed meeting ahead

U.S. stock futures were about flat in overnight trading on Monday following a major sell-off on Wall Street that resulted

Are Nightshades Bad for You?