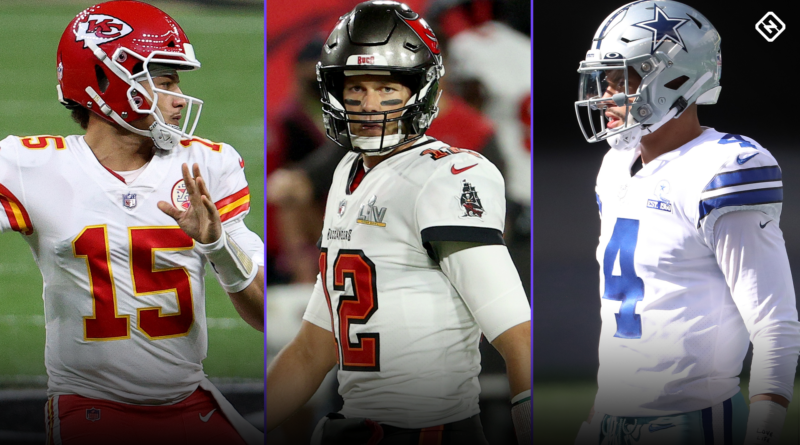 The NFL schedule has officially been released, and sharp bettors are already looking to take advantage of early betting lines. That includes season win total over/unders, which are fun to pick for even casual fans looking to put down just a little action.

Here’s BetQL’s initial take on each team’s win total, keeping in mind that injuries and trades (ahem, Aaron Rodgers) could still shake up a lot of things prior to the start of the  season. Also, it’s important to remember that there is an extra game this season, so factor that in if a total seems particularly high or low.

The Cardinals had a solid NFL Draft and brought in J.J. Watt to bolster a defense with playmakers littered across the field, but the offense is going to need to be more consistent with quarterback Kyler Murray and head coach Kliff Kingsbury in 2021.

If I was more confident in Kingsbury, this would be an OVER play on an incredibly talented team, but ultimately the NFC West is too difficult to forecast.

Atlanta’s offense should be back to its old ways after selecting do-it-all tight end Kyle Pitts at No. 4, but does the defense plan on getting any stops this coming season?

A win total of 7.5 is low, but the NFC South is up in the air and I don’t feel comfortable backing the Falcons to secure victories over the course of a season with this bad of a defense.

The Ravens are who they are at this point. A tough defense and a dynamic regular-season quarterback in Lamar Jackson should have this team going OVER 10.5 wins, as seen by the extra vig you have to pay to bet it.

The Steelers are due to regress in division, and Baltimore should be able to decimate lesser competition once again.

The AFC East should be better in 2021. The Jets are improving, the Patriots made some nice offseason moves, and the Dolphins seem primed to take a step forward.

However, it’s tough to not go OVER this number. The Bills had one of the best offenses in the NFL in 2020, and Josh Allen is only getting better. With the 23rd most difficult schedule according to last year’s record, the Bills may contend for the best record in the AFC.

You can read more about why I think the Panthers are a dark horse playoff team here.

There are two questions that need to be answered before I get involved in this win total: When is Justin Fields starting, and what is happening with Aaron Rodgers?

If Rodgers is out, that changes the complexion of the NFC North. If Fields is starting early in the season, the Bears are going to be better than expected, possibly fighting for .500.

This number is interesting, with plus-money on the OVER. Joe Burrow is expected to be ready for Week 1, and the Bengals have done a nice job building around him. If the 2020 No. 1 pick is healthy, this team can come in third in the division.

The Browns front office is pressing all the right buttons. Another strong offseason has the team set to contend for the AFC crown.

Baker Mayfield should continue to progress in 2021, and the return of Odell Beckham Jr. can have the Browns offense firing on all cylinders around an improved defense. A record of 11-6 feels more than attainable.

Mike McCarthy had a chaotic first season in Dallas. While Dak Prescott may be ready for 2021, will the defense improve?

Dallas couldn’t stop a nose bleed in 2020 despite a potent offense before Prescott went down. McCarthy may find himself out of a job quickly with another bad start. The NFC East is wide open, but this total may be too high.

This price is heavily shaded toward the OVER — and rightfully so.

The Broncos aren’t just linked to Aaron Rodgers, but they’re also due for some good fortune. The entire defense was banged up in 2020 and couldn’t stay out of its own way. Even without Rodgers, the Broncos should be able to get over .500 with the amount of talent on the roster.

It should be interesting watching the Lions attempt to bite kneecaps off on the field. Don’t touch.

Green Bay Packers: Win total O/U: Off the board

This price is off the board as we await Aaron Rodgers news.

It’s tough not to go UNDER here. The prevailing sentiment is that Watson is set for a lengthy suspension due to pending lawsuits against him, and there isn’t much talent on the roster. Tyrod Taylor and Stanford rookie Davis Mills are the backups behind Watson.

One of the easiest schedules in the league is the only thing stopping me from going under this price. While I’m bullish on Michael Pittman Jr. in his second season, that’s kind of it in the passing game with T.Y. Hilton over the hill.

I was skeptical of Urban Meyer becoming an NFL coach, and he hasn’t changed my thoughts in the offseason. His supporting cast of coordinators are concerning, and he brought Tim Tebow back into our lives.

However, there is some talent on the roster, and the division is going to be easier than years past. The OVER may be worth a look with Trevor Lawrence taking over.

The division is going to be more difficult with the Chargers and Broncos improving — and the Chiefs schedule is the 11th-most difficult in the league — but getting plus-money on Patrick Mahomes to go OVER his win total is enticing.

While there could be some general fatigue on the roster, the Chiefs are a regular-season team’s dream with Mahomes ability to create plays all over.

Vegas has a similar cast of characters as last season’s 8-8 team. The win total highlights a top-10 difficult schedule, as well as a tougher division. I’d stay away.

A trendy pick to take a tangible leap in 2021, the Chargers have had a fantastic offseason.

The organization brought in Brandon Staley from the Rams as head coach, selected offensive lineman Rayshawn Slater in the first round to glowing reviews, and has one of the most promising young quarterbacks in Justin Herbert on hand. A record of 10-7 seems more than doable for LA in 2021.

The Rams acquired Matthew Stafford, who will be joining the most talented team he has ever been on. Coach Sean McVay feels more comfortable with the former Lions starter than Jared Goff, and Stafford will be tasked with navigating the competitive NFC West.

LA has a difficult schedule, 10th hardest in the NFL, and might be due for some injury regression after much of the defense played all 16 games last season. Tread carefully.

The Dolphins were knocking on the door of the postseason in 2020, but they should be able to break through in 2021 with Tua Tagovailoa given the keys to the franchise.

The team acquired several weapons to throw to in Will Fuller and Tagovailoa’s former Alabama teammate Jaylen Waddle to make the team less reliant on a stingy defense. The price is shaded to the OVER for a reason, but Miami is set to contend in 2021.

The Vikings are a nice bounce-back candidate. A team that was crushed by injury early on never really found its footing until it was too late in the season.

Dalvin Cook is a star at running back, and Kirk Cousins is still a serviceable quarterback. With question marks surrounding the Packers, Minnesota might take back the division crown.

Cam Newton is likely going to start the season as the first-team quarterback, but it will be interesting to see if or when Mac Jones becomes more involved.

The Patriots spent a ton of money in the offseason, and it’s unclear if Newton is still fit to be a starting QB.

Nobody knows for sure if Jameis Winston or Taysom Hill will be the starting quarterback, but the Saints are set to take a step back in 2021.

A bloated cap sheet and roster turnover may leave the Saints prone to a serious fall off. The only thing keeping me from firing on this UNDER is that the team has a bottom-10 schedule in terms of difficulty.

The Giants have given Daniel Jones all the weapons necessary to succeed, now will he? That will be the big question in New York after putting together a heroic defensive effort in 2020 to mask an anemic offense.

If Jones can stay on the field and avoid turning the ball over, New York has the most talent in the NFC East.

The Jets had an awesome offseason that included finding a strong head coaching candidate in Robert Saleh and a new offensive coordinator in Mike LaFleur.

With No. 2 overall pick Zach Wilson set to bridge a new era of Jets football, the team might shock some people. I’m bullish on the OVER, and wrote about it here.

Jalen Hurts was a mixed bag in a small sample as quarterback for the Eagles in 2020, so the jury is still out on him. While the team drafted former Alabama receiver DeVonta Smith, this roster is still far from their Super Bowl-winning self.

The NFC East is up for grabs, so maybe the Eagle surprise, but this can go south very quickly for Philly — that’s an expensive over to bet.

I wrote about why I’m selling the Steelers in 2021 here, but drafting a running back in the first round is the icing on the cake.

The Niners should be much more competitive in 2021. Whether it’s Jimmy Garoppolo or Trey Lance, San Francisco’s defense should be back to their Super Bowl form with better health.

Reports of Wilson’s issues with the Seahawks have dissipated over time, but this is a tough NFC West. I’m staying away from this win total.

The defending Super Bowl Champions found their form in January and proceeded to bring back the whole team.

The NFC South is going through some radical changes, but the Bucs should dominate. Not to mention, they have the fourth-easiest schedule in the NFL.

The Titans lost some contributors on both sides of the ball, but the AFC South is up for grabs once again.

How will the team respond to losing offensive coordinator Arthur Smith?

The Football Team had a solid draft and brought in veteran Ryan Fitzpatrick to help support one of the strongest defenses in the league.

In a wide open NFC East, why can’t Washington make it back-to-back titles? 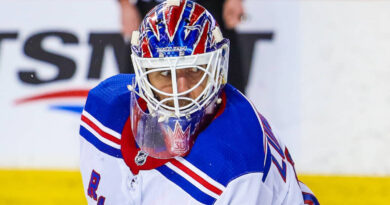 Will be ‘months’ before Henrik Lundqvist decides on future 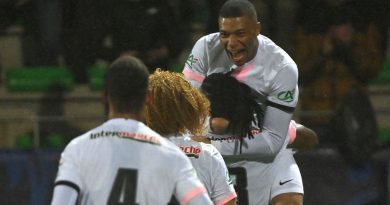 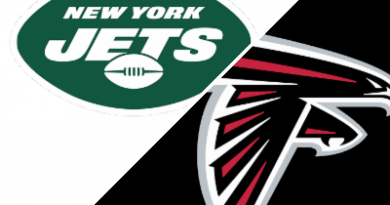