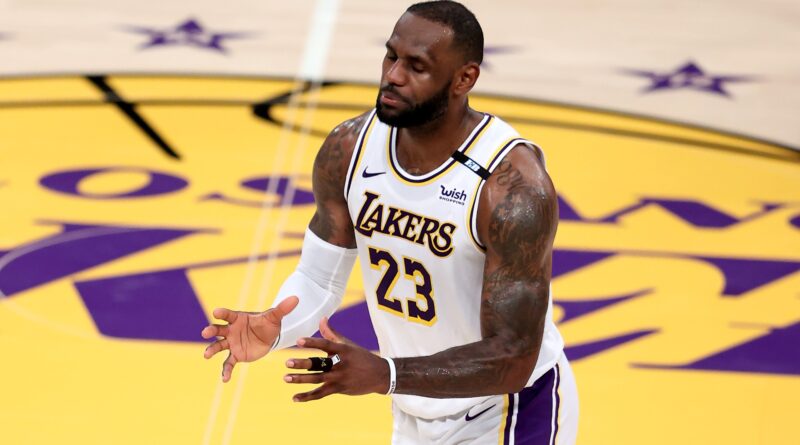 Anthony Davis’ status for Tuesday’s Lakers vs. Suns game is in doubt. The Los Angeles star suffered a groin injury and had to leave Game 4 because of it. He didn’t return, and that’s what’s making him unlikely to play in a critical Game 5 in a series that is tied 2-2.

Even with Davis likely unable to go, the Lakers are confident that they’ll still have a chance to beat the Suns. But to do so, they’re going to need LeBron James to lead the charge.

And that seems like something he’s ready to do.

“These shoulders were built for a reason,” James said on Sunday after Game 4, per ESPN’s Ramona Shelburne. “So, if it takes for me to put some more on top of it, then so be it. Win, lose or draw, I’m ready for the challenge.”

So far this postseason, James is averaging 21.8 points, 7.3 rebounds and 8.5 assists per game for the Lakers. The 21.8 points are his second-lowest per-game average for a playoff series in his career. The lowest was when he averaged just 17.8 points in six games against the Mavericks in the 2011 NBA Finals.

With that said, there certainly is potential room for improvement for James moving forward, especially if he is willing to take on some of Davis’ scoring load if the big man needs to miss time.

As Lakers coach Frank Vogel said, getting more touches for James tends to be a bad thing for opposing teams.

“When I competed against the Miami Heat, and either [Dwyane] Wade or [Chris] Bosh was out, that meant more touches for Bron,” Vogel said. “And that wasn’t always a good thing for my Pacers teams.”

Soon enough, we’ll see when Davis can get healthy enough to suit up.

However, as long as Davis is sidelined, LeBron James will try to take over the game as he looks to avoid losing an opening-round playoff series for the first time during his legendary career. 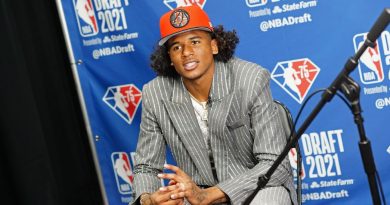 Fantasy basketball – Five rookies worth drafting and when to pick them