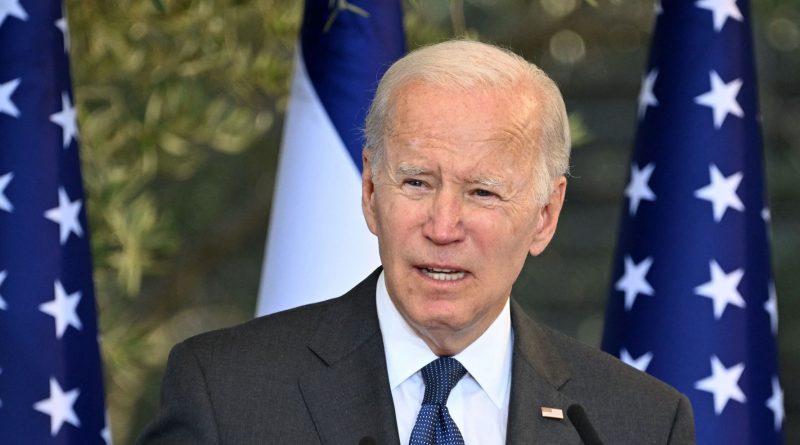 President Joe Biden on Friday urged his party to quickly pass legislation lowering the cost of prescription drugs and health care insurance ― and to set aside the rest of his economic and climate agenda in Congress for now.

It’s a bitter blow for Democrats who had hoped to take robust action to fight climate change and expand the social safety net. But it’s one made of political necessity.

With Sen. Joe Manchin’s (D-W.Va.) opposition to new spending aimed at combatting climate change ― something he argues would contribute to record inflation ― and looming health insurance premium hikes this fall, Biden was forced to accept reality and swallow a slimmed-down bill that would give Democrats a big legislative victory ahead of November’s midterm elections.

The president urged passage of the legislation this month and pledged to take “strong executive action” to address the climate crisis.

“After decades of fierce opposition from powerful special interests, Democrats have come together, beaten back the pharmaceutical industry and are prepared to give Medicare the power to negotiate lower drug prices and to prevent an increase in health insurance premiums for millions of families with coverage under the Affordable Care Act,” Biden said in a statement issued by the White House.

“Families all over the nation will sleep easier if Congress takes this action. The Senate should move forward, pass it before the August recess, and get it to my desk so I can sign it,” he added.

The drug pricing reforms would be the biggest step in decades to address health care costs. The proposal would require Medicare to negotiate prices of some drugs directly with manufacturers, leveraging the social insurance program’s massive buying power to wring savings from drugmakers.

The new proposal would also cap a Medicare patient’s out-of-pocket expenses at $2,000 per year.

In addition to the prescription drug plan, Manchin also agreed to support a temporary, two-year extension of Affordable Care Act subsidies to help keep health insurance costs from increasing this year. Democrats worried that voters would get hit by insurance premium hikes before the election if they failed to take action.

“It’s not prudent to do the other right now,” Manchin said Friday, referring to climate provisions sought by Democrats.

Democrats reacted with shock and anger to the news that Manchin had balked on several provisions they said he had already agreed to ― at least before a historically bad consumer price spending report that was released this week.

“It’s infuriating and nothing short of tragic that Senator Manchin is walking away, again, from taking essential action on climate. The world is literally burning up while he joins every single Republican to stop strong action to cut emissions,” Sen. Tina Smith (D-Minn.) said in a statement.

Rep. Jared Huffman (D-Colo.) suggested Manchin wasn’t acting in good faith during the course of a year-long negotiation with Democrats.

“We have made concession upon concession. In response to his request, we’ve taken him at his word even as he continued to break his word. And I think now we’re at a point where we have to stop empowering this puppet of the coal industry to be his own branch of government,” Huffman said Friday, referring to Manchin’s cozy ties to the oil and gas industry.

Democrats and climate activists are calling on Biden to take a number of executive actions to tackle climate change, including by declaring a national emergency over climate. It’s unclear how much of it would survive the conservative 6-3 majority on the Supreme Court, which recently kneecapped the Environmental Protection Agency’s power to regulate greenhouse gases.

Still, executive actions could signal to voters ― especially younger ones who already hold skeptical views of Biden ― that he is committed to addressing the climate crisis.

Getting the scaled-back health care bill to Biden’s desk is no sure thing yet, either. Democrats hold a very slim majority in the House, so it only takes a few members to derail legislation. If progressives decide to reject Manchin’s offer, the party may not get anything passed before November.

Jonathan Nicholson contributed to this report. 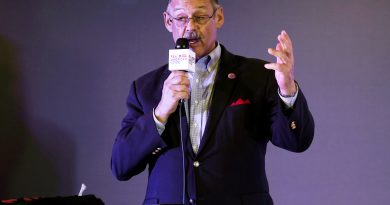 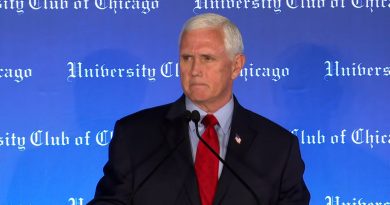 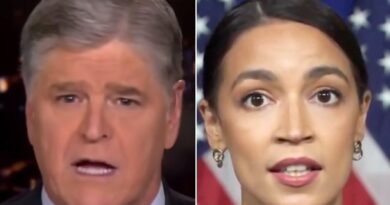