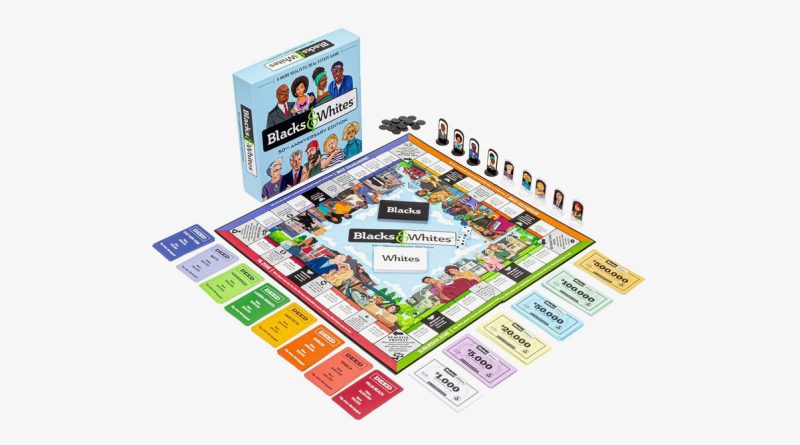 
The first edition of Blacks & Whites was released more than 50 years ago, in 1970, but has since disappeared. Only on a few occasions has a copy surfaced to be auctioned off. The game was spearheaded by the late Robert Sommer, an internationally renowned professor at UC Davis and a pioneer of environmental psychology, the study of how human behavior is affected by the design of the world around us, in collaboration with Psychology Today. The original version was popular as an educational tool to teach people about privilege from a young age. Markos and Feiman said they hoped to carry on this tradition.

“In the 1970s … I had three kids and we used to play board games, the most popular being Monopoly,” wrote Sommer, who passed away in February 2021, in the revamped edition’s foreword, written while it was still being developed. “As we played, I was struck by how unrealistic it was … In Monopoly, everyone starts out with the same amount of money. That certainly doesn’t fit the real world.

“I decided to change the rules and introduce disadvantaged players … Just as many parts of the county were covered by covenants and agreements which forbade Black residents, the Black players of our game would not be able to buy property everywhere on the board initially. They would start out with less money and were subject to many penalties that did not affect white players.”

Robert Sommer lived in California during the sixties, where he had started working on the game following a wave of race riots that swept the United States, beginning in 1965 with the Watts Rebellion in Watts, Los Angeles. The protests were triggered by allegations of police abuse against a 21-year-old African American man who was pulled over for drunk driving, along with bystanders at the scene when the man was arrested.

“The sad part is that things are not that different from 50 years ago,” says Barbara Sommer, Robert Sommer’s wife, whom he was “courting” while he worked on the original game. Society is fundamentally different in many ways, but in too many ways the same challenges for minorities from the ’60s still exist half a century later, she said. “They were able to keep the same basic structure and only needed to update the characters and properties. Things are definitely better, no question about that,” said Sommer. “But what’s shocking to me is how appropriate the game still is.”

Fifty years later, Markos and Feiman reached out to Robert Sommer just after the murder of George Floyd, which also sparked mass protests against police brutality. He gave them the green light to go ahead and revamp the game. In the foreword he wrote that it was a “great idea” to revive Blacks & Whites. Much had changed since the ’70s, he wrote, but “race relations have not become much better.”

“The game was great at the time, and we had the time on our hands. Then George Floyd was murdered, so we both knew we had to do something with it,” says Feiman. “The timing couldn’t have been more appropriate.”

The premise of the game—to include race and privilege in Monopoly to make it more realistic—remains the same in the 50th anniversary edition. The design of the game has been updated to fit 21st century society, as have some of the properties players can purchase, opportunity cards, spaces to land on, and political topics (like reparations, which offers free money to lucky Black characters, and gentrification, which confiscates the property of a not-so-fortunate Black player). Players can also land on the Peaceful Protest space, where whites have to dish out 20 grand to the Reparations Pool and Black players get “busted and taken directly to The Police Station.” In the original game, Black players could pull opportunity cards like “Mayor [Richard] Daley of Chicago has been re-elected. Go directly to jail.” For white characters, a card reads, “See a psychoanalyst about fantasies that you are a Black Panther—pay fee of $30,000.” 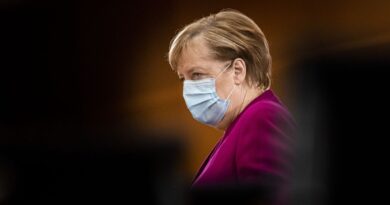 How is Germany doing with Covid-19? Better than its European neighbors so far. 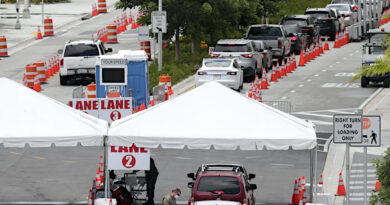 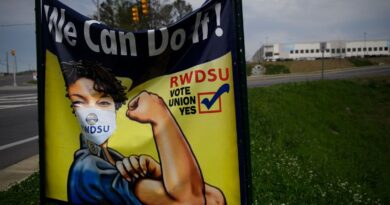 Amazon union could get a second vote after NLRB recommendation