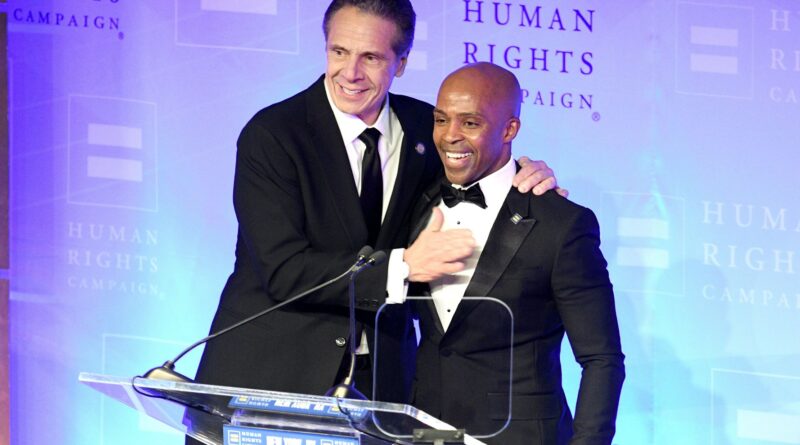 Staff at the nation’s largest LGBTQ rights organization are bitterly divided over whether their president, Alphonso David, should resign over his role in New York Gov. Andrew Cuomo’s efforts to retaliate against women accusing him of sexual harassment.

Some Human Rights Campaign employees also say counsel threatened them with consequences if they so much as talked to each other about this month’s bombshell report from the New York attorney general that revealed how David had assisted the Democratic governor’s attempt to discredit his accusers.

HRC is currently conducting its own investigation into David’s potential wrongdoing, and counsel told staff they weren’t allowed to speak about the report until the probe is done.

That warning has since been walked back. But it’s the latest sign of internal chaos at the organization, which is facing an existential crisis as it navigates its way forward with David, disillusioned employees and how it positions itself as an ally to survivors of sexual harassment and assault.

David, who served as Cuomo’s counsel from 2015 to 2019, appears to have played a significant role in the governor’s retaliation against some of his accusers. He has denied any wrongdoing.

The New York attorney general’s report states, for example, that David provided a confidential personnel file to Cuomo’s top aides, which they used to discredit one of his accusers, Lindsey Boylan. The former Cuomo staffer has accused the governor of sexual harassment, including kissing her without consent in his office and inviting her to play strip poker on a government airplane.

The report also states that David was involved in discussions about calling and secretly recording a conversation between a former Cuomo staffer and another Cuomo accuser named Kaitlin, whose last name has not been made public. Kaitlin claims that in 2016, the governor grabbed her at a fundraiser and put her into a dance pose for photographers. She says the governor had his staff reach out to offer her a job two days later.

According to the report, David initially declined to sign a letter aimed at discrediting Boylan and attacking her claims as political, but later told a Cuomo aide he would sign the letter “if we need him.” He also agreed to reach out to women who had previously worked for Cuomo to try to get them to sign a statement saying positive things about the governor, the report said.

David was serving as president of HRC at the time of all these incidents.

HRC staff have been circulating two anonymously written letters this week within the organization. One calls on David to resign; the other raves about his leadership since taking the helm of the group two years ago.

HuffPost has not seen the letter calling for David’s resignation, but three current and former HRC employees said they knew about a letter or a petition going around. All requested anonymity out of fear of retaliation from leadership. All think David needs to go.

“The culture here has always protected the interests of the organization over its staff,” said one current HRC staffer. “I have no confidence in how this is going to play out. This is just how things have always gone.”

At least 40 HRC staffers would sign onto this petition if they were assured job protection, according to one employee who talked to the 19th, a news site focused on gender, politics and policy.

Meanwhile, a second faction of HRC employees referring to themselves as “Real HRC Staffers” anonymously sent HuffPost a copy of their letter on Wednesday night praising David’s tenure. In it, they dismiss the idea that David’s critics speak for most staffers.

“A few days ago, a communication went out purporting to represent the beliefs of ‘the staff’ of the Human Rights Campaign (HRC) and asking for the resignation of Alphonso David. Since the communication was sent anonymously, we don’t know who within the organization erroneously decided that their opinions reflected those of the entire organization,” reads the letter, also anonymously authored.

“However, we now feel compelled to separate our voices from those believing they can speak for us,” their letter continues. “We, in fact, represent a plurality of staff members, many of whom are members the BIPOC Queer Employee Resource Group at the HRC, and we support Alphonso David in his unwavering commitment to the LGBTQ+ community and believe he should continue as the President of HRC.”

This group of HRC employees says they sent their letter to HRC donors, partner organizations and other people within the LGBTQ community on Tuesday.

Here’s a copy of their letter:

Staff are increasingly speaking out about internal tensions over David, even if anonymously, at a time when HRC’s leadership is giving mixed messages to staff about being allowed to talk about the New York attorney general’s report, which is public.

During an all-staff call on Aug. 10, Nicole Greenidge-Hoskins, HRC’s senior vice president and general counsel, said it is her “preference” that nobody talks about the report while HRC’s investigation is underway. Things got tense when someone asked if she was saying that employees were officially prohibited from talking to each other about it and if there would be consequences for doing so.

HuffPost obtained an audio recording of the call.

“If there are a lot of conversations, it is possible that it will be necessary for the firm to expand the scope of their investigation, have interviews with people about what is discussed or has been discussed, who things have been shared with,” Greenidge-Hoskins told staff. “That is, I would imagine, an eventuality that will make this harder, which will prolong the process. So I ask you to comply with these requirements.”

When a staffer pressed for clarification on whether it is a “preference” or a “requirement” that staff don’t talk to each other about the report, Greenidge-Hoskins said: “One more time. Do not speak with respect to the substance of the report with your co-workers, with members of the board, with Alphonso.”

One HRC employee who was on the call told HuffPost that Greenidge-Hoskins’ responses to those questions has “created a chilling effect” at work.

“Folks were told that ‘appropriate action’ would be taken against them if they did not follow directives from general counsel,” said this staffer. “To many, Nicole’s comments felt like a clear message that we need to stop talking about this ‘or else.’”

“The way our general counsel’s office has responded is glaringly bleak,” said another HRC employee. “We were told there would be guidance sent out about us not being allowed to speak to one another.”

But something shifted this week, and HRC’s leadership is now telling staff they can talk to each other about the report after all. They just can’t talk to David.

“After the meeting, recognizing the concerns expressed by folks on our team, I talked with the board chairs and they issued that evening a set of guidance. They specifically asked that people not talk with Alphonso about issues around the investigation and around the AG’s investigation,” Greenidge-Hoskins said during a meeting on Tuesday. (HuffPost also obtained an audio recording of this call.)

When a staffer on the call noted that the guidance had shifted and asked about the prior threat of consequences for employees who talked to each other about the report, HRC’s chief operating officer and chief of staff, Joni Madison, replied that the official guidance is “much more simplified” now.

“The only request and legal direction is that no one discuss it with Alphonso, or Alphonso us, and we recognize that staff have thoughts and feelings,” said Madison. “To answer your question, the prior guidance does not apply.”

An HRC spokesperson told HuffPost that counsel “did provide direction” to staff on whether they could speak about the report, and said that at the August 10 meeting, “some staff had questions and expressed some concerns.”

Counsel shared those concerns with the board and then decided to “simplify the guidance,” said the spokesman.

The HRC spokesman did not say why counsel initially told staff they were not allowed to talk about the report, and what consequences there may have been for doing so.

This all caught us completely off guard.
Joni Madison, HRC’s chief operating officer and chief of staff

HRC leaders also revealed on the Aug. 10 staff call that even they didn’t know that David was part of the New York attorney general’s investigation until the report dropped.

“I think it’s important for everyone to know that no one had any forewarning that Alphonso was interviewed by New York’s attorney general. This includes senior leadership. This includes me. This includes Nicole Greenidge-Hoskins,” said Madison. “We all learned about it together last Tuesday. We also heard together, for the very first time, Alphonso’s response to any questions on that matter last Wednesday, in the all-staff.”

“This all caught us completely off guard,” added Madison.

For now, David’s job appears to be in a holding pattern as HRC’s board waits on its investigation to wrap up. But the law firm that HRC hired to carry out the probe, Sidley Austin LLP, appears to have some conflicts of interest, as the Washington Blade reported, which raises questions about its ability to carry out an independent investigation.

Sidley Austin LLP has a self-described “long standing pro-bono relationship” with the Human Rights Campaign and was a major legal partner announced in October 2019 when HRC launched a new initiative focused on litigation targeting LGBTQ discrimination ― an effort David undertook when he became the organization’s president.

In a press release, Sidley described the firm’s working relationship with HRC as an “alliance” designed to “help shape state and federal laws, regulations and policies and the application of constitutional principles.”

A Sidley spokesperson did not respond to a request for comment about the firm’s ability to conduct an independent investigation given its preexisting relationship with HRC.

HRC’s spokesman said Sidley “is one of many firms that has worked for HRC” and has never represented David on any matter.

“We are grateful that Sidley has always represented us on a pro bono basis, including in this matter,” said the spokesman. 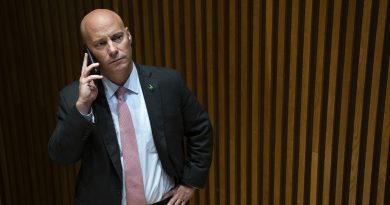 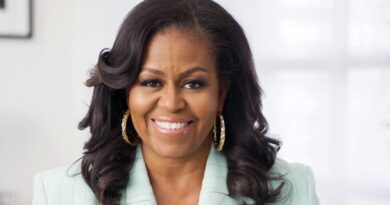 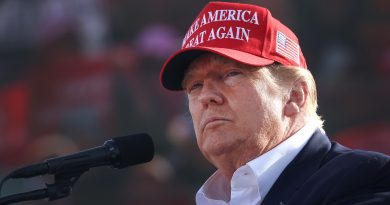