Hertz’s shareholders stand to recover hundreds of millions of dollars after the car rental company accepted a bid from a private equity consortium to bring it out of bankruptcy protection, which it sought a year ago.

Hertz said that a group that includes Knighthead Capital, Certares Opportunities and Apollo Global Management had prevailed over another private equity consortium in an in-court auction held earlier this week in Delaware court.

Hertz filed for bankruptcy in May 2020 as the pandemic weighed on demand for business and leisure travel and the falling price of used cars forced it to send cash to its vehicle lenders.

The winning bid values the Hertz enterprise in aggregate at roughly $7bn. The Knighthead group had initially signed a deal in March to acquire Hertz that valued it at just under $5bn. That kicked off a round of counterbids from a rival group that included Centerbridge Partners, Warburg Pincus, and Dundon Capital.

The deal will see all of Hertz’s existing creditors paid off in full as the company will raise more than $7bn in fresh debt and equity. Overall, the reorganised Hertz will have less than $1bn in net debt.

Current shareholders will get about $1.50 per share in cash along with a small slice of the reorganised Hertz’s equity, as well as the chance to get warrants or buy shares in it.

One person involved in the process said value of that package could approach $8 per share though that figure hinges on the views of the overall value of the reorganised Hertz as well as inputs in the technical valuation of the warrants.

Shares of Hertz on Wednesday were trading at more than $5, which implied a market capitalisation of about $800m.

Both bidding groups had initially proposed eliminating existing shareholders, a common practice in bankruptcy. Last June, the company had attempted to sell shares to partially fund the bankruptcy, as retail traders using the Robinhood app drove up Hertz’s share price past $5. 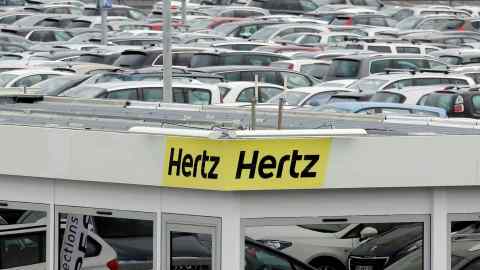 After the US Securities and Exchange Commission expressed concerns about the sale of securities the company admitted may be worthless, Hertz pulled the offering.

A group of hedge funds accumulated Hertz shares earlier this year, arguing in court that the company had positive equity value. Those investors ultimately partnered with the Knighthead group to provide some of the proposed equity financing in the winning bid.

The stunning rise in Hertz’s valuation mirrors optimism about a strong recovery in the US economy and a quick turnround in leisure travel.

Hertz stakeholders are now set to vote on the plan, which must also be confirmed by the bankruptcy court at a June 10 hearing. The company is hoping to exit bankruptcy by the end of June in time for the start of peak travel season.

There Is No ‘Healthy Obesity,’ Study Finds