Rep. Jaime Herrera Beutler, R-Wash., one of two Republican members of Washington’s congressional delegation who voted to impeach former President Donald Trump, has conceded her reelection bid after being overtaken in late vote tallies by an interparty challenger.

Trump had targeted the six-term incumbent and endorsed Joe Kent, a former Green Beret, in the 3rd Congressional District contest. The district is in southwest Washington state, across the border from Portland, Oregon.

Herrera Beutler, who was first elected to the House in 2010, lead Kent by about 4,700 votes on election night but her lead shrunk throughout last week, and updated returns put Kent ahead and into the No. 2 spot Monday night.

Once Clark County, the district’s largest, updated its tally with most of its remaining votes Tuesday, Kent led by 869 votes and 22.7% of the vote, and Herrera Beutler was in third place with 22.3% of the vote.

Herrera Beutler conceded in an email shortly after the latest update, saying, “since I was first elected to this seat I have done my very best to serve my home region and our country.”

“Though my campaign came up short this time, I’m proud of all we’ve accomplished together for the place where I was raised and still call home,” she wrote, saying, “I’m proud that I always told the truth, stuck to my principles, and did what I knew to be best for our country.”

Under Washington’s primary system, the top two vote getters in each race Aug. 2 advance to the November election, regardless of party. Washington is a vote by mail state, and voters do not have to declare a party affiliation.

Democrat Marie Gluesenkamp Perez, had already advanced to the November ballot since she was the top vote-getter after the Aug. 2 primary, with 31% of the vote.

According to the secretary of state’s office, the last incumbent member of Congress to lose in a primary in Washington state was Rep. John Miller, who lost to Ralph Horr in 1930.

Because Washington is a vote-by-mail state and ballots just need to be in by Election Day, it often takes days to learn final results in close races as ballots arrive at county election offices throughout the week.

Clark County Auditor Greg Kimsey said Tuesday the votes in his office took longer to process than usual because a large number of voters held on to their ballots longer than in previous elections. Kimsey said 92,300 ballots arrived between last Monday and Wednesday, compared to 49,000 over that same three-day period in 2018.

Herrera Beutler has said she has no regrets about her impeachment vote following the Jan. 6 attack on the U.S. Capitol — and has stood by her comments made both on the floor and on Twitter afterward — including her revelation that Minority Leader Kevin McCarthy, R-Calif., told her he spoke with Trump as rioters were storming the Capitol, and that according to McCarthy the president said: “‘Well, Kevin, I guess these people are more upset about the election than you are.'”

Kent is a regular on conservative cable shows who echoes the former president’s grievances about the 2020 election outcome, and on Steve Bannon’s podcast Monday, Kent criticized the state primary as “not a transparent process” and said he had to remedy a signature issue with his own ballot that day.

Kimsey, the county’s elections official, noted signature verification is a crucial part of the process that ensures the security and integrity of the state’s vote-by-mail system.

In a statement issued Monday night after Kent pulled ahead, Gluesenkamp Perez pointed to Kent’s comments about the state’s elections, and said the 3rd Congressional District race “is going to be a national bellwether for the direction of the country, and for the future of our democracy.”

Of the 10 House Republicans who voted for Trump’s impeachment, four opted not to run for reelection. Michigan Rep. Peter Meijer was defeated in a primary last week by Trump-endorsed John Gibbs and Rep. Tom Rice, R-S.C., lost to a Trump-endorsed challenger in June. Rep. David Valadao, R-Calif., — which has an open primary like Washington — survived a primary challenge. Rep. Liz Cheney, R-Wyo., is bracing for defeat in her Aug. 16 primary against a Trump-backed rival.

Rep. Dan Newhouse, R-Wash., advanced to the general election in his Washington state primary last week, fending off a Trump-endorsed rival, and will appear on the November ballot with Democrat opponent Doug White.

Cornell Clayton, director of the Thomas S. Foley Institute for Public Policy at Washington State University, noted the fact three anti-Newhouse Republican candidates each had double digit percentages helped him survive his primary with just 25% of the vote.

But in the 3rd, where the only serious Republican challengers were Kent and Heidi St. John, “It was close, but there wasn’t enough to fracture the anti-incumbent vote on the Republican side.”

Counties have until Aug. 16 to finish their count and for canvassing boards to certify the results, followed by certification by the secretary of state by Aug. 19.


© Copyright 2022 The Associated Press. All rights reserved. This material may not be published, broadcast, rewritten or redistributed. 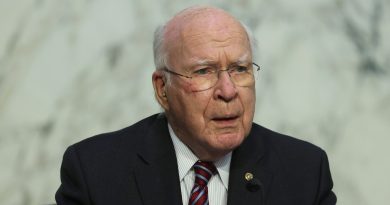 White House asks Congress for extra $6.4B to help Ukraine 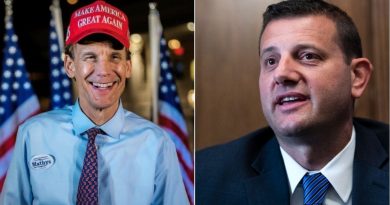 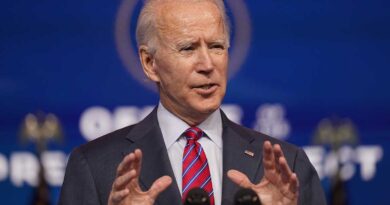