Hot on the heels of the 2022 SAG Awards, the 37th Film Independent Spirit Awards, honoring the best independent films and television series of 2021, kicked off Sunday, March 6 in Santa Monica, Calif.

Traditionally held the Saturday before the Academy Awards, the 2022 date marks a shift in the season, placing the Spirit Awards front and center leading into Oscar voting, according to Film Independent, the nonprofit arts organization that produces the show.

Returning to an in-person ceremony this year—hosted by married couple Megan Mullally and Nick Offerman—the awards will be televised in the U.S. on IFC and streamed exclusively by AMC+.

Ahead of the show, all eyes were surely on the red carpet. Kristen Stewart arrived in sparkly chic Chanel ensemble, while Andrew Garfield popped in a sharp purple suit jacket by Valentino.

Maggie Gyllenhaal, Sebastian Stan, Julia Fox and Lily James were also among the celebs spotted at the ceremony. Kate Spade Surprise 1-Day Sale: $5 Deals & An Extra 20% Off Everything 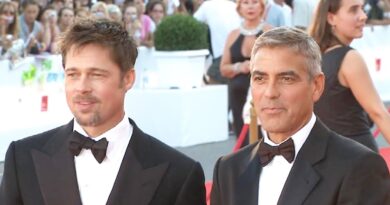