Donald Trump Jr. insisted Saturday on Newsmax he just wants the United States to succeed, even with President Joe Biden in the White House.

“I’m looking at [Biden] and saying, ‘man, all he had to do was nothing,'” Trump Jr., the eldest son of former President Donald Trump, told “Saturday Report.” “I want Americans to succeed.

“I want to succeed even if it’s under Joe Biden, but with the policies that they’re putting into place, I don’t see how that is possible until you get rid of this garbage, do a clean sweep, and get rid of the lunatics on the left.”

Trump Jr. added there used to be “reasonable Democrats” and there are still probably moderate Democrats that vote, but “no moderates are representing them in Congress, in the Senate, in the White House, or on your local school boards.”

But he hopes the moderate Democrats will “wake up” and “start putting their children’s future, our country’s future first.”

Meanwhile, when asked if he thinks he is better or worse off compared to a year ago, Trump Jr. said he does not think anyone is better off over the past year.

“That doesn’t just include American citizens,” Trump Jr. said. “I think that includes freedom-loving people around the world who are watching dictatorial regimes like China and Russia encroach on what used to be our allies.”

Trump Jr. also talked about his father’s new book, “Our Journey Together,” which is primarily a photo book that captures the four years of his presidency.

“I was going through some of the pictures from the White House years with my father, and he started telling me these stories, and I’m an insider, right? I thought I knew it all, and I was like, ‘oh, my god, this is incredible; we should put this out,'” he said.

As a result, “literally tens of thousands” of pictures were examined for use to pull together for an “awesome coffee table book,” Trump Jr. said.

“My father started handwriting some notes on some of the pictures,” he added, noting people wanting to buy a Christmas gift, can visit 45books.com to buy the book.

“As you know, a picture can tell 1,000 words,” Trump Jr. said. “Maybe the rest of America who is waking up and realizing what they had, watching the asinine policies of the radical left today.”

The book also shows the unity of the Trump presidency, his son said.

“This is what I think this is why I love the guy,” Trump Jr. said. “It’s about us. It’s about what we are doing. It’s never about him. I mean, look, he’s the guy in the spotlight because he goes out there and does it, but at the same time, he wrote a book that folks like you and I are like, ‘hey, yeah, you know, I was a part of that movement.'” 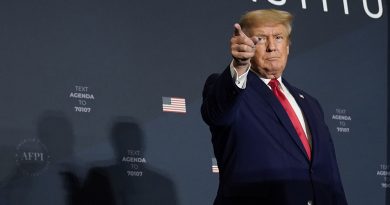 Trump returns to the scene of his tarnished legacy 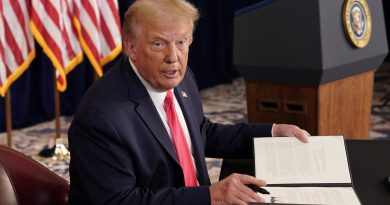 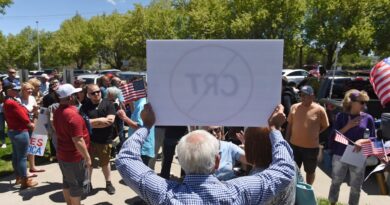