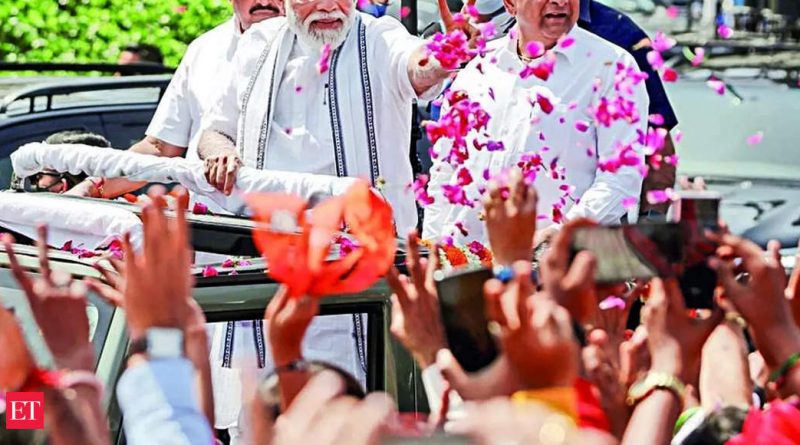 A day after the BJP‘s electoral victory in four states, Prime Minister Narendra Modi arrived on a two-day visit to his home state of Gujarat.

Modi’s visit is being viewed as the sounding of the election bugle in the state that goes to polls later this year. After arriving at the Ahmedabad Airport, Modi held a 9-km roadshow in an open jeep along with Gujarat BJP president CR Patil and chief minister Bhupendra Patel, that ended at the Gujarat BJP headquarters ‘Kamalam’ in Koba, on the outskirts of Gandhinagar.

The BJP launched a saffron cap with its party symbol, the lotus, and party name embroidered on it. The cap, which draws its design inspiration from the Sangh days, is expected to be widely used during the campaign by party workers.

The roadshow was thronged by party workers and BJP supporters from all over the state and witnessed a jubilant PM acknowledging the crowd with both hands amid tight security arrangements.

Modi later addressed a gathering of around 500 BJP workers including the elected representatives and party portfolio holders in Kamalam, where he urged them to reach out to people with the message of development and good governance in the election year. Sources privy to the address told ET that he lauded the “good work” being done by the ‘page committees”, a micro management election strategy mastered by state president CR Patil. “Basically, this was a great moral boosting exercise for the party that is now all set to get into election mode,” the source said.

Modi later addressed the Gujarat Panchayat Mahasammelan at the GMDC Ground in Ahmedabad which was attended by panchayat members from all over the state.

Speaking on the occasion, Modi reminded the audience of the heritage of Mahatma Gandhi and Sardar Vallabhbhai Patel. 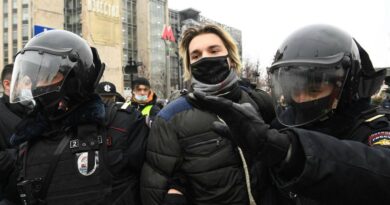 Russian police arrest over 1,000 in crackdown on pro-Navalny rallies 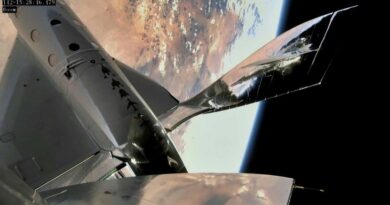 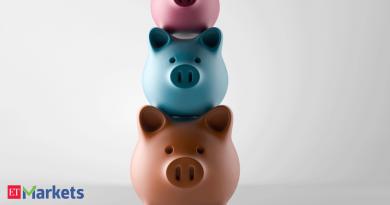