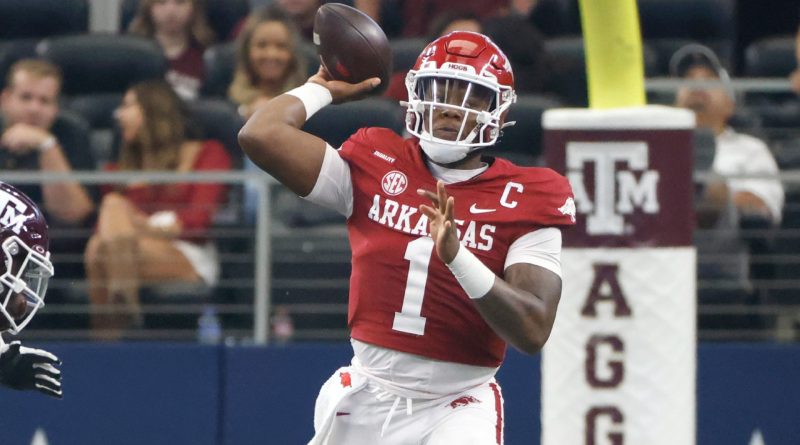 
When is being picked near the bottom of the league at Media Days in the summer not necessarily a bad thing? The 2021 season.

But as those who follow college football already know, September brought a higher-than-usual volume of upsets and unexpected results. Here is one team from each Power 5 conference that has put together a surprisingly strong first month of the season after getting little love at Media Days.

MORE: Picks against the spread for Top 25 games

Summer narrative: After a promising debut season for Scott Satterfield, Louisville slipped to 4-7 (3-7 in the ACC) in 2020. Quarterback Malik Cunningham had regressed, some offensive firepower left for the NFL and Satterfield had to write an awkward apology letter after he clumsily interviewed with South Carolina. The program was in a bit of disarray.

What they’ve done: After getting smacked by Ole Miss in the season-opener, the Cardinals have won three straight. Louisville upset UCF 42-35 in dramatic fashion, winning on a pick-six with 13 seconds remaining. The Cards then built a 31-7 lead at Florida State before holding on for an eight-point win. Cunningham has run for eight touchdowns (fourth in the nation), thrown for five and has two interceptions one year after committing 15 turnovers in 11 games.

Summer narrative: Mel Tucker took over so late in the 2020 cycle that he missed both Signing Days, then less than a month later the sports world (and the rest of the world) essentially shut down. So his 2-5 debut was not unexpected. The Spartans were in need of a significant rebuild after recruiting slipped at the end of the Mark Dantonio era, and Tucker had the rep to do it. But it was going to take time. The 2021 season looked like it was going to be a long one.

What they’ve done: The Spartans are 4-0, with only one cupcake on the docket. Wins over Northwestern, Miami and Nebraska have landed MSU in the top 25 with Western Kentucky up next. Wake Forest transfer Kenneth Walker III leads the nation at 138.5 rushing yards per game and quarterback Payton Thorne has been surprisingly serviceable with a 10-to-1 TD-to-INT ratio. The comeback win over Nebraska showed the team’s mettle in the fourth quarter and overtime.

Summer narrative: Another “pandemic hire,” Dave Aranda came to Baylor and was unable to have spring drills in 2020, which contributed to a 2-7 debut season. Veteran quarterback Charlie Brewer then transferred to Utah, leaving a big hole for new offensive coordinator Jeff Grimes. The defense had some experience back, but that defense ranked No. 63 in points allowed in 2020, so there was not overwhelming optimism on either side of the ball.

What they’ve done: It wasn’t Murderer’s Row to start the season with Texas State, Texas Southern and Kansas, but when it was time to play a Big 12 power the Bears were ready. Baylor beat Iowa State 31-29 on Saturday, denying the Cyclones a potential game-tying two-point conversion in the final minute. Gerry Bohanon, who had attempted 38 passes in three previous seasons, is completing 73 percent of his passes with seven TDs and no INTs, and he has run for four TDs. The schedule gets much tougher from here, but the Bears have some early momentum.

MORE: Where is “College GameDay” this week?

Summer narrative: Seven consecutive losing seasons does not lend itself to optimism. One of the team’s strengths under Jonathan Smith has been the rushing attack, and running back Jermar Jefferson was lost to the NFL Draft. There were some hints of progress in 2020, such as the 41-38 win over Oregon, but history keeps expectations moderate in Corvallis.

What they’ve done: Oregon State fought Purdue for four quarters on the road in a 30-21 opening weekend loss, but have won three straight since. The loudest win came Saturday in Los Angeles, where OSU beat USC on the road for the first time since 1960. Chance Nolan, who won the quarterback job in August when Tristan Gebbia struggled with a hamstring injury, threw four touchdown passes and the Beavers defense forced four USC turnovers. Oregon State looks like it will be a tough out all season in the Pac-12.

Summer narrative: Arkansas exceeded expectations in 2020 with three SEC wins after having none in 2018 and 2019 and hiring unheralded Sam Pittman just before the pandemic canceled spring practice. But the media still liked everyone else in the SEC West in 2021 ahead of the Razorbacks. Quarterback Feleipe Franks needed to be replaced, and while the defense returned nine starters it ranked No. 106 in total defense and surrendered 50-plus points three times. Pittman had made some waves on the recruiting trail, but Arkansas felt a few years away from climbing the brutal SEC West ladder.

BENDER: Georgia ascends to No. 1 in Playoff picture

What they’ve done: Arkansas has been the biggest surprise in the nation, vaulting into the Top 10 after dumping both Texas and Texas A&M by double-digits. QB KJ Jefferson has been a revelation running and throwing, and the defense has shot up to No. 12 nationally. Four ranked teams still remain in the final eight games, starting this weekend at No. 2 Georgia, but a spectacular September has Arkansas fans hoping their Hogs will finish the season in the Top 25 for the first time since 2011. 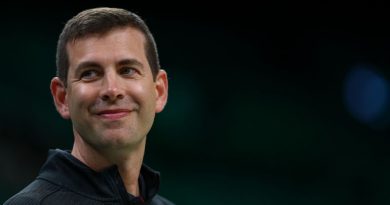 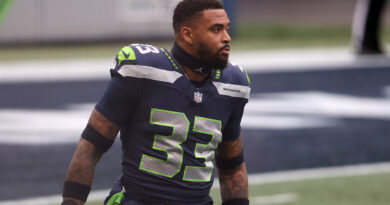 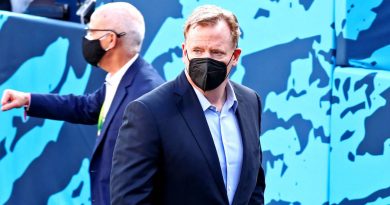