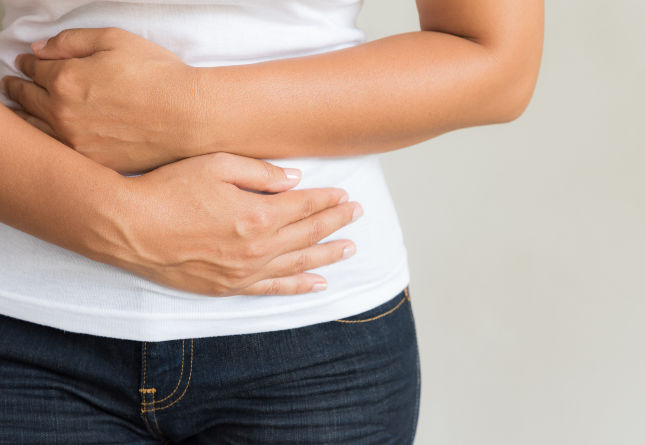 What’s a person to do when they’ve eliminated all the big allergens—gluten, dairy, eggs, nuts—and they’re still having mysterious symptoms that seem to be aggravated by their diet? Maybe you’re that person. You’ve tried Primal, AIP, and low-FODMAP diets, but you still have recurring issues with your gut, skin, or energy levels. Or, you frequently experience nausea or GI distress after meals even after eliminating the most obvious potential triggers.

When it’s not one of the big players giving you grief, think smaller. Sometimes those items farther down the ingredient list are the real culprits. I’m talking about the things that food manufacturers add to their products to improve texture, appearance, and shelf stability. They’re considered safe for consumption (in the U.S., though not necessarily in other countries, as you’ll see), but these sneaky little buggers might be making you unwell nonetheless.

Here are some things to look out for if you’re having persistent health issues that you suspect are tied to something you’re eating.

The U.S. Food and Drug Administration (FDA) currently allows Blue 1, Blue 2, Green 3, Yellow 5, Yellow 6, Red 3, Red 40, Citrus Red 2, and Orange B in foods at approved levels. However, scientists and public health officials have known for decades that each of these carries potential health risks, especially the red and yellow dyes. The FDA banned Red 3 (aka erythrosine or E127) in cosmetics and other topical applications in 1990 based on studies showing increased thyroid cancer risk, but it is still approved as a food colorant. Yellow 6 (aka tartrazine or E110) and Red 40 (aka Allura Red AC or E129) require warning labels or are banned altogether in several countries due to concerns about their possible carcinogenic effects and their effects on children. They also happen to be the most prevalent artificial food colorings in the U.S.

The first time I heard about food dyes affecting kids was years ago when a friend told me she couldn’t give her daughter any food or juice that had red dye in it. As she described it, just a few pieces of candy or a piece of sheet cake with brightly colored frosting at a birthday party, and her normally sweet kid would be bouncing off the walls. It turns out that’s not so uncommon. Multiple studies have concluded that food dyes may contribute to hyperactivity and other behavioral problems, especially in kids with preexisting ADHD symptoms. The FDA reviewed the clinical evidence ten years ago and decided it wasn’t conclusive enough to act on. A 2018 review published in Pediatrics, the official publication of the American Academy of Pediatrics, renewed the call for more research and for the FDA to reconsider its safety standards regarding artificial food dyes. Nothing has changed since then.

In addition to these concerns, some individuals are sensitive or allergic to food dyes. Symptoms include breathing issues, headaches, or, in extreme cases, anaphylaxis.

All this is to say, artificial food dyes are highly suspect. The frustrating thing is, we have natural alternatives, but most food manufacturers don’t use them unless they are forced to.

Carrageenan is a food thickener and stabilizer derived from red algae. You’ll commonly find it in dairy products, soups, sauces, and non-dairy milk substitutes like almond milk and coconut milk. As with all the additives discussed today, it’s FDA approved. However, carrageenan has seen its fair share of controversy.

In 2016, the National Organic Standards Board voted to remove carrageenan from its list of approved ingredients, citing questionable production practices. That would have meant that products containing carrageenan could no longer be designated as organic in the U.S.—except the USDA, which ultimately governs organic certification, failed to adopt their recommendation.

It’s not clear how much that actually happens. Morever, no human studies directly test carrageenan’s safety, and animal studies have yielded inconsistent findings. That leaves us with mostly anecdotal evidence to go on. Anecdotally, some people with digestive issues like bloating or gas experience relief when they eliminate carrageenan. This tracks with animal studies showing the main adverse effect of carrageenan is diarrhea.

Individuals with alpha-gal syndrome, a rare allergy to foods from mammals, may also react strongly to carrageenan since it contains alpha-gal epitopes. For some, carrageenan is a bigger trigger than meat or dairy products.

I know some Primal folks will see the word soy and automatically reject soy lecithin, but hold up. Yes, soy lecithin is derived from soybeans, but it’s quite different from typical soy-based foods.

Soy lecithin is the end product of soybean oil production. The refining process itself includes some troubling steps, including the use of hexane to extract the soybean oil. However, there’s no real evidence that dangerous levels of any hazardous byproducts remain in food-grade soy lecithin. It also lacks the soy proteins that trigger soy allergies, so most people have no problems with lecithin even if they need to avoid other soy products.

Chris Kresser has done a pretty thorough write-up of soy lecithin’s pros and cons. Overall, I’m fairly convinced that soy lecithin is benign for most people in small amounts. Possibly, though, my love of dark chocolate is swaying my verdict. It’s pretty hard to find dark chocolate without soy lecithin on the ingredient list. (Hu and Alter Eco are two brands worth trying.)

I’m keeping soy lecithin on the list because anecdotally, some people still seem to react to it poorly. Folks with serious soy allergies should avoid it until they check with their doctors.

I’m lumping these two together because they are functionally similar. Both are used as food thickening agents. In fact, I previously recommended them as worthy low-carb options for thickening sauces, stews, and soups.

Guar gum is derived from the guar bean, while xanthan gum is created through bacterial fermentation. Both contain high levels of soluble fiber. Research suggests that they may confer some of the same health benefits associated with fiber generally, such as acting as a prebiotic, lowering LDL, improving glycemic control, and treating constipation. As we know, though, more fiber isn’t always better. For folks with IBD, for example, fiber can actually be counterproductive, exacerbating GI issues.

It’s no surprise, then, that both guar gum and xanthan gum can have unwanted laxative effects. Although human research is lacking, some people experience gas, cramping, and diarrhea when they eat foods with these gums. I’d be mindful of this possibility if I was battling Crohn’s, colitis, IBD, or the like.

I’m not sure how many of you are old enough to remember, but there was a time thirty years ago or so where MSG was the ingredient everyone loved to hate. The popular media blamed MSG for various health problems. Chinese food restaurants rushed to distance themselves from MSG. As usually happens, the fervor subsided, although you might still have a nagging sense that you should avoid MSG.

In the meantime, studies failed to substantiate that MSG is correlated with any major health problems when consumed in small quantities. However, some percentage of the population is apparently sensitive to MSG. These people report symptoms such as nausea, flushing, rapid heartbeat, diarrhea, and headaches when they eat foods made with MSG.

A component in MSG called free glutamate is probably responsible for these reactions. This is important because free glutamate is also found in foods that don’t contain MSG. Carrageenan is a potential source of free glutamate, as is soy sauce. Another that Primal eaters might be eating is nutritional yeast, the cheese substitute that adds an appealing umami flavor to vegan sauces and vegetable dishes.

I don’t go out of my way to avoid MSG or free glutamate, but I also don’t eat a lot of restaurant foods possibly containing MSG. However, I would be taking a closer look at ingredient labels if I was experiencing any of the aforementioned symptoms.

Should Everyone Be Avoiding These Ingredients as a Matter of Course?

It’s a valid question, but I think the answer is no, except for the food dyes. The safety data for artificial food dyes are troubling enough that I recommend avoiding them as much as possible. As for the rest, if you’re eating a Primal diet, your exposure to these ingredients is probably pretty minimal to begin with. If you’re not having any obvious issues with them, I see no compelling reason to avoid them entirely. On the other hand, they don’t add anything to your diet, nutritionally speaking. If you choose to avoid them on principle, you’re certainly not missing out.

This post isn’t meant to be a diatribe about the dangers of processed foods. Realistically, most people eat some prepared, pre-packaged foods for reasons of convenience, cost, or simply to treat themselves. If you want to occasionally nosh some candy at the movies, or you pick up snacks at the gas station on a road trip, you won’t find me chastising you. Heck, I’m the guy who came up with the 80/20 rule in the first place.

While it’s great to “clean up” your diet and environment, remember that the quest for optimal health should not be causing you stress and anxiety. It should feel liberating, not oppressive. In the hierarchy of things to worry about, these additives are low on the list unless you’re having undesirable symptoms that are interfering with your quality of life. If that’s the case, then it’s absolutely worth taking a closer look at ingredient labels.

As for the rest of us? Keep focusing on eating mostly Primal foods, and you’ll be fine.

Plus, as more and more food manufacturers cater to choosy consumers who want fewer additives in their foods, it will become easier to find great-tasting options in your local supermarket. Primal Kitchen already bans these ingredients in all our products. I expect more companies to follow suit as consumer demand increases, so keep up the pressure!

Tell me: Have you had any success eliminating pesky symptoms by cutting out one of these supposedly harmless ingredients?

Mark Sisson is the founder of Mark’s Daily Apple, godfather to the Primal food and lifestyle movement, and the New York Times bestselling author of The Keto Reset Diet. His latest book is Keto for Life, where he discusses how he combines the keto diet with a Primal lifestyle for optimal health and longevity. Mark is the author of numerous other books as well, including The Primal Blueprint, which was credited with turbocharging the growth of the primal/paleo movement back in 2009. After spending three decades researching and educating folks on why food is the key component to achieving and maintaining optimal wellness, Mark launched Primal Kitchen, a real-food company that creates Primal/paleo, keto, and Whole30-friendly kitchen staples. 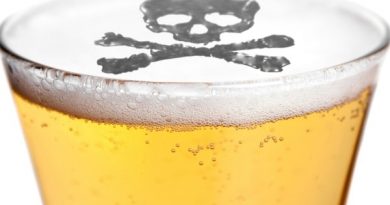 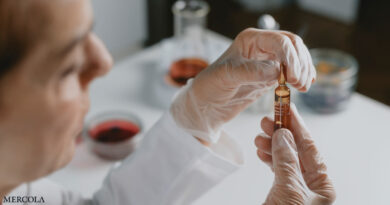